Estás en: Inicio / Contenido de impacto / Artículos / How to Live in California in a Disaster Era

How to Live in California in a Disaster Era

The state’s longtime emergency services director offers advice and his outlook after an unprecedented decade. 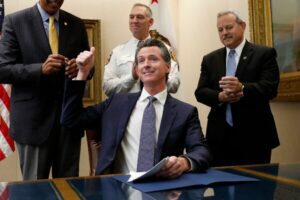 Three times in the last four years, Mark Ghilarducci has tried to retire from his decade-long job as the head of emergency services in California, only to postpone because of some, well, emergency.

First, he was going to leave in 2018, as Gov. Gavin Newsom succeeded Gov. Jerry Brown. Two days after the election, the Camp fire razed the community of Paradisein Northern California. The fire was so catastrophic that Ghilarducci agreed to stay for an extra six months, which stretched into a year, after which he insisted that he was really quitting.

Then the coronavirus struck. Now,he is hoping, at 62, that the third time will be the charm.

Last week, as the governor prepared to conduct a national search for his replacement, we chatted in his office in the state’s sprawling emergency services complex near Sacramento. It was unclear how, exactly, he might gracefully exit. Moments from a clean getaway, Ghilarducci, the youngest son of a Bay Area butcher and Bank of America worker, was juggling two deadly wildfires, a historic heat wave, a statewide threat of electrical blackoutsand a tropical storm.

Here’s some of our conversation, edited for clarity and length.

Four years after the fire in Paradise, California continues to be besieged by disaster. Put that in context, please.

I can only speak to what’s in front of me, but what I’m seeing is dramatic change in our climate that is resulting in extreme-weather-related impacts. We just came through a heat dome of unprecedented duration and intensity. We have hot summers, I get it — I went to U.C. Davis — and we’ve seen crazy extreme weather conditions. But I don’t think this is an anomaly. This is the new normal.

So should Californians be making a run for it?

California isn’t falling off the face of the earth, and California isn’t collapsing. The beauty, the diversity, the complexity, all of those things make us strong but also make us challenging.

But I wonder when I see the heat events we’re having: How bad is that going to get in the future? What does this drought look like in the future? Look at other parts of the world that have had similar heat and drought patterns — they essentially dried up and became very difficult places to live. Based on my experience, in actual events over the last 10 years, it’s getting worse, not better. And we all have a part to play in that.

So how do we cope, if we aren’t going to leave?

But it’s not just natural disasters. Emergencies happen when you least expect them. You could be in the middle of an active shooter situation. Or all of a sudden there’s a bomb threat. Or hazardous materials across the street. How do you handle that? When you walk into a facility, do you know where the exits are? Is there a back door? If the lights go out, do you know where to go?

Quite frankly, I do that every place we go. It’s kind of weird to tell this, but when I walk into a facility, I don’t like to sit with my back to the front door.

Isn’t that a hard way to live?

It’s not. It’s a way to empower yourself to enjoy life without worrying about all those things. It’s built-in muscle memory empowering you to deal with a situation if you have to. No one wants to think about an emergency until it happens. But at that point, it’s too late.

Has it been harder since the pandemic to persuade people to think about safety?

At the beginning of the pandemic, California’s secretary of health and human services, Mark Ghaly, pointed out that it would be a public relations challenge as much as a health challenge — that if you don’t get the messaging right on the front end, public confidence would be lost and it will be almost impossible to get it back. California got it right, but the federal government didn’t. President Trump and his team at the White House corrupted the message, to the point that no one knew what or who to believe, to this day.

That mistrust must have been on your minds last week, when the state’s ability to avoid rolling blackouts hinged on the public’s sacrifice and cooperation.

Our experience in the pandemic did shape a lot of what we did. We never said, turn things off, for instance. Our message had been, conserve during these hours, turn your thermostat to 78. We were very judicious on the words we picked.

And then you and the California Independent System Operator, which manages the grid, issued that blaring cellphone alert.

At that point, we were at the razor’s edge. We had to tell people, listen, the grid’s about to collapse.

Were you afraid people wouldn’t comply?

None of us knew what was going to happen. We’ve only used that alert two other times at the state level. But we did it and within minutes, you could see the graph change. We were sitting there in the room going, can this be right? We called ISO and people were cheering. To me it showed that the public still will listen and still wants to believe in government.

I’ve been doing this a long time and I’ve seen a lot. Oklahoma City, 19 children in the basement of that building, having to take every one of those kids out. Whole families in Japan, where all the generations live together, trying to exit the front doors and these tile roofs collapsed. We’d remove the tile roofs and find whole families, all the generations, from the great-grandparents to the youngest child, all in a row, just crushed. I could go on. 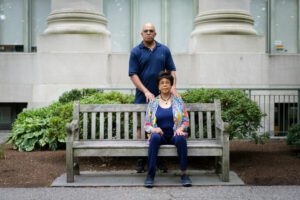