The lack of conservation incentives, a poor understanding of the coastal zone, and overlapping governance planning that contains no population wellbeing variables have caused an intense deterioration of the coast of Chile. Faced with this scenario, the discussion entitled “Coastal Zone: How do we progress towards successful public policies?,” organized by Ladera Sur in collaboration with the Chile California Council, addresses the challenges surrounding the development of the Chilean coastal zone and how Californian coastal public policy can serve as a model, specifically for the Coastal Act and Marine Life Protection Act. Did you miss the discussion? It is not too late! Below is a note on some of the most interesting moments, along with a summary video at the end that synthesizes some of the main reflections.

The panel discussion on “Coastal Zone: How do we progress towards successful public policies?,” was held last Wednesday, June 3rd, at 11:00 a.m. This was the second discussion in the webinar cycle “And then what? Building a resilient planet,” organized by Chile California Council and Ladera Sur.

The activity, moderated by journalist Barbara Tupper, was attended by three prominent professionals who have dedicated themselves to the study of the coastal zone of Chile and California.

We were joined by María José Martínez, PhD in Conservation Ecology at the University of Queensland; Patricio Winckler, civil engineer from the Federico Santa María Technical University and PhD in Civil and Environmental Engineering from Cornell University; and Matías Alcalde, Chilean attaché at the Consulate General of Chile in San Francisco, who leads the Chile-California Council.

Here we share with you some of the main topics that were discussed, which entailed an analysis of the existing public policies in Chile, the challenges in this respect and the experience compared to California, a “trans-hemispheric twin” of our country that has years of progress in the protection of the coastal zone and public policies that are renowned worldwide.

Coastal zone and its conservation in Chile

There is a vocabulary that is important to specify when talking about our coasts, referring to the misused concept of “coastal edge,” that is, the place where the aquatic phase is separated from the terrestrial one. Why? As Winckler explained, this is because “there is a natural transition between aquatic and basin phenomena within the continent, and that transition is gradual and much more complex than just an edge.”

From there, he explained, comes all the importance of the coastal zone, especially in our country: “To talk about conservation, it is first necessary to make the importance of the coastal zone visible. We must start from the basis that there are 100 coastal municipalities and two island municipalities in Chile, where approximately 4.5 million people live. And around a million people live within the first 10 meters above sea level.”

He then said that “In addition, the coast of Chile has an important peculiarity: the distance from Arica to Cape Horn is around 4,200 linear kilometers, and it crosses many latitudes. So, we have climatic bands that go from the driest desert in the world to the tundra in Patagonia.” He affirmed that this characteristic also bears a correlation to the ocean, where there is great variability between the different areas of the coast, from north to south.

However, he explained the great importance that the coast would have nationally is not seen in the territorial planning and management instruments that seem to be unaware of this complex transition and diversity.

María José Martínez complemented the discussion with figures on the current state of conservation of marine areas in Chile, explaining that 41% of the ocean territory is protected, but only 0.04% of it is effectively managed. Of that protected 41%, 92% corresponds to marine areas in the open sea (Juan Fernandez, Salas and Gomez, Nazca and Desventuradas Islands), so the protection of marine areas bordering the continent is a great, pending issue. To this she added that although the issue of conservation is rather incipient in Chile, important advances have been made in a truly short time.

An important issue in coastal edge management and conservation is adaptation, meaning the measures and steps to combat threats arising from nature or climate change, such as tsunamis. In this sense, physical information is still being collected in Chile, but according to Winckler, we must see how we import some of the infrastructure and governance adaptation strategies that have been used to Chile.

In this sense, Chile and California would “mirror” each other, at least geomorphologically. That is why they have been considered to be “trans-hemispheric twins.”

In fact, as Matías Alcalde explains, “Chile is like California 60 years ago. In both, social processes produced by pressure on the territory are repeated. In addition, Chile maintains that pristineness, and has half the population that California has today, but the same that California had 60 years ago. We are both territories coastally dependent by default, and our demographic growth will move towards the coast with different uses, pressures and interests.”

To make a comparison of the two places, Alcalde first analyzed the reality of coastal regulation in Chile. The first point he noted was that there are a large number of ministries and institutions that have authority over the coast, and different incentives in how they manage them. In addition, he explained the regional and national commissions on the use of the coastline (CNUBC), which have done important work on zoning and land-use planning of the coastal zone from multidisciplinary perspectives and with citizen participation. However, these instruments are currently only “suggestions.” In other words, these efforts are not binding or mandatory, given that the decisions ultimately lie with each Municipality and its Master Plan, so initiatives are not across the board. There is an important legal gap in Chile (or regulatory gap) that must be overcome as soon as possible.

Mr. Alcalde provided a parallel with the situation in California and how the way it successfully designed its coastal public policies can be an example for Chile. These policies involved a collaboration between public and private institutions, including citizens, private philanthropy working together with the government, and science as the basis for any decision.

Proposition 20 was put on the ballot in 1972, after various focal points were found with social problems due to large-scale industrial projects or real estate developments on the coasts of California (like in Chile today). A statewide vote was held with the initial purpose of beginning to manage the development of the coast of the San Francisco Bay. This led to the Coastal Act in 1976, which created the California Coastal Commission that, “like other commissions and regulatory agencies that exist in the United States, assumes a variety of forms and functions in the awareness that there are indeed legal loopholes or gaps. There are certain agencies that operate in these voids, grant permits, and are part of the decision-making board. In these organizations, 6 of the 12 directors are representatives of civil society, including representatives of science and non-governmental organizations (NGOs) that know the most about the subject, while the other 6 are appointed by the government. This set-up was established in the understanding that science, the community and government have to work together when deciding on sensitive issues.  This is also an economically efficient method in the short and long term, and ultimately results in better project development.”

According to Alcalde, these proposals could be seen as an impediment to private investment because it is assumed that all projects would be opposed. However, it is quite the opposite. 80% of the initiatives presented have been approved, and most of them with indications that improve the project socially, environmentally and economically. He concluded by saying that “it is a culture that was permeated in California and that has achieved exceptionally good coastal administration and other public policies. The early understanding of deciding together with the community and investing in the processes to make that happen is something that has given California notably positive results and has greatly enriched the way public policy is designed.”

Taking the California case as an example, the participation of citizens and science is fundamental. According to Winckler, in Chile we are in a time of gathering information and involving citizens and science: “We have to work like little bees to improve the existing governance. We also have to work with scientists, get them, local organizations and NGOs involved, and push with a long-term view so that in 20 or 30 more years we can have a coastal territory based on all these principles that we have put on the table as informed citizens.”

Martínez pointed out that there is a lot of research and science on marine conservation available in Chile.  However, the main problem would be the existing disarticulation of the different initiatives that may overlap each other and impede collective progress.

To improve this integration, he stressed the importance of creating a Biodiversity and Protected Area Service in Chile under a national legal framework for conservation and for the protected area system. He added that Chile is one of the few countries that still has no system that protects the biodiversity of our country.

“The ingredients missing for the best science and scientific evidence to be used in decision-making has to do with a more fluid and binding exchange between researchers, scientists and decision-makers. This is a continuous learning process, and decision-makers must take advantage of, and use, science. This process requires transparency and communication. The fact that science is seen as inaccessible often constitutes a significant barrier to this exchange. We as scientists, when asking our research questions, must include, and we must co-design those questions together with, the actors involved in the subject.”

Martinez also pointed out that a relevant element in improving the state of conservation of the coast is the comprehensive planning of coastal marine systems: “We cannot separate marine ecosystems from terrestrial ones. They are one. If there is deforestation on land, there will be pollution in the sea. It is a comprehensive system. So, to optimize efforts, these systems must be treated comprehensively.”

All these elements together help advance successful coastline public policies.  Alcalde concluded by saying that “You have to understand that the scientific and social community is organized and available precisely to support Chile in this process. The ingredients to move forward are already there, Chile has them. We must understand that all these social and systemic processes are influential in creating spaces of wellbeing and local employment for the existing and future population living on the coast. All this is part of a design and planning that can be achieved in the way that we propose designing public policy, based on science and collaborative work between the public and private sectors.” 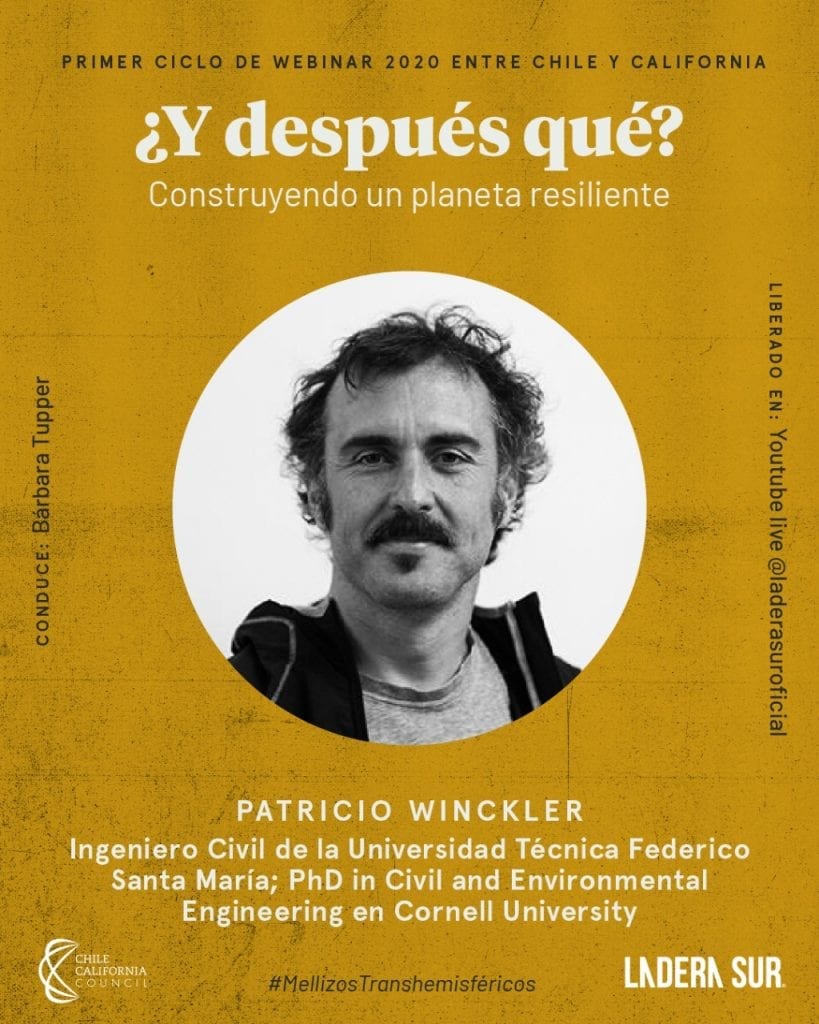 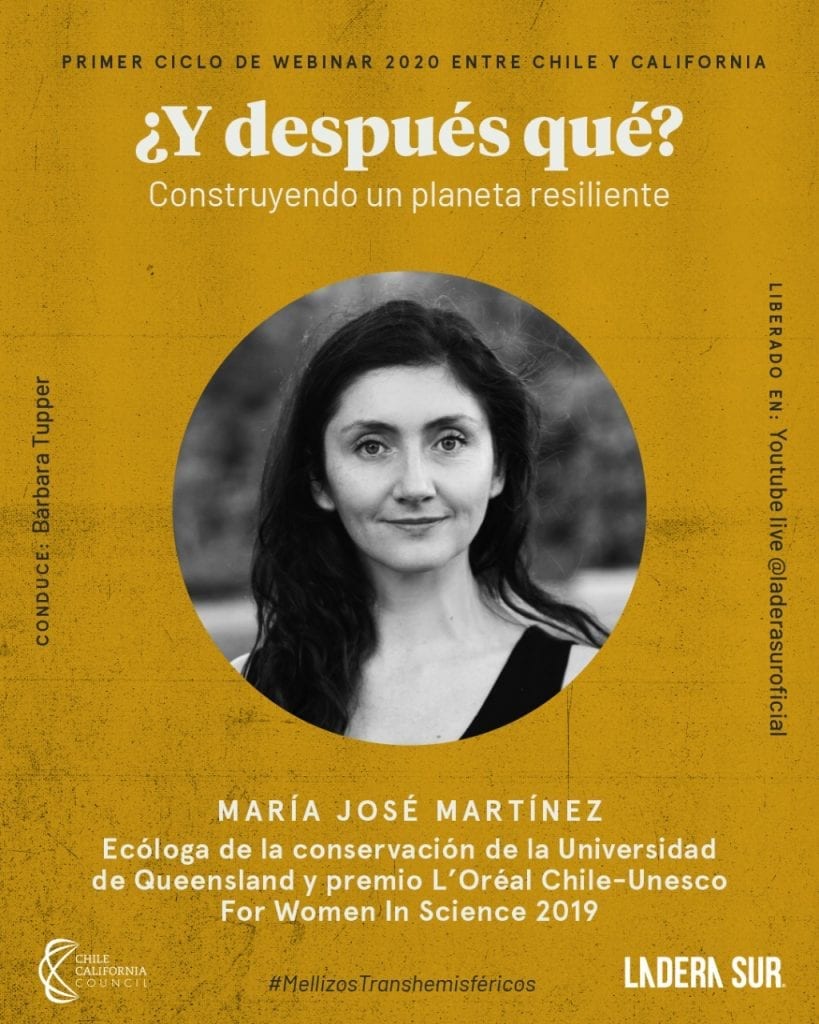 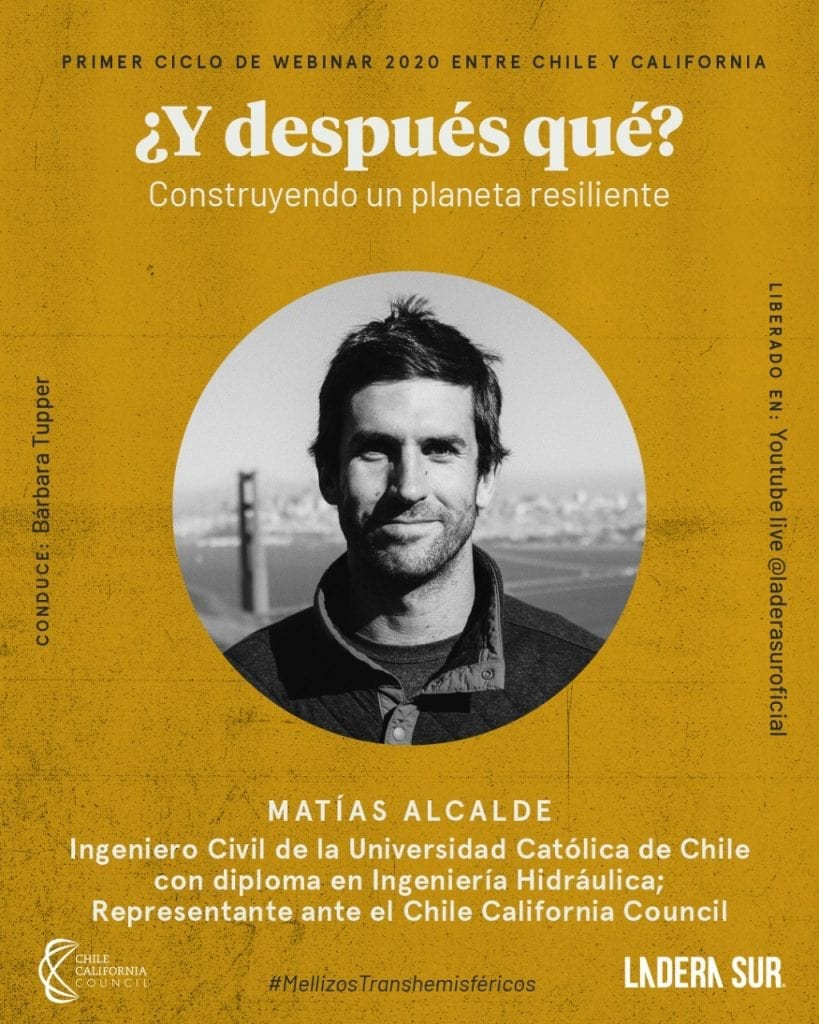 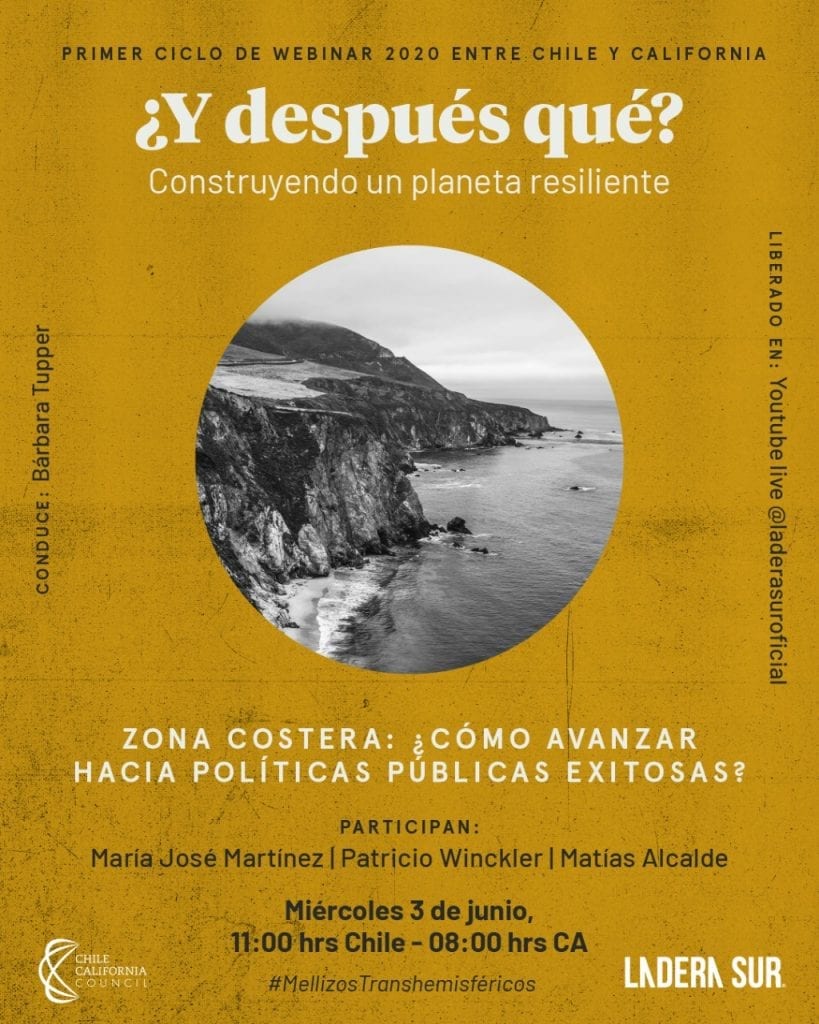