In pristine places or in the midst of cities, national and urban parks each play a fundamental role for people and nature: for people, they make contributions at a conscious and unconscious level; and for nature, they help in its conservation and protection. This is a topic that was discussed in depth by prominent speakers in the discussion “Parks for people: designing for social wellbeing.” Why is it important to create and maintain national and urban parks? What are the challenges in including them when planning watersheds and cities territorially? How is nature conservation essential to creating employment, to science and tourism? We invite you to watch the video and written summary of this activity, which is part of the Webinar cycle “And then what? Building a resilient planet,” organized by the Chile California Council and produced by Ladera Sur. Do not miss it!

On Wednesday, August 5th, we broadcasted live the talk on “Parks for people: designing for social wellbeing,” the fourth panel discussion in the webinar cycle “And then what? Building a resilient planet,” organized by Chile California Council and produced by Ladera Sur.

Three outstanding panelists were part of this discussion, moderated by journalist Barbara Tupper, who have dedicated themselves to creating, maintaining and managing national and urban parks in Chile and California. They were Kris Tompkins, President and Co-Founder of Tompkins Conservation; Greg Moore, CEO Emeritus and Special Advisor to the Golden Gate National Parks Conservancy in California; and Martín Andrade, director of the Metropolitan Park in Santiago, Chile (Parquemet). All have focused their work on the maintenance and conservation of natural spaces, thus contributing to the wellbeing of communities and their visitors.

Here we share some of the main topics discussed by the panelists, who spoke about the social welfare of parks and how they can create opportunities for economic reactivation. They also explored the role of tourism, science (applied, for example, to rewilding projects), job creation, nature-based solutions and the role of philanthropy in conservation. They commented on parallel experiences in Chile and California, trans-hemispheric twins.

For Kris Tompkins, national parks are the jewels of any country that have an individual impact on each person: “we can be miserable with the wind, rain and snow, but it is an experience in which we come in contact with the planet.” That is how they affect us physically and emotionally, making us understand that we are part of the circle of life and not that we are in the center of it.

Two more concepts also transcend the latter, according to Martín Andrade: dignity and a sense of belonging. “In my work, I have had to get to know and work in many low-income communities where the construction of green areas is creating dignity: people feel part of society and have a sense of belonging … When you create green areas, public projects, quality parks, you generate these concepts. It is a regenerative cycle not only from the point of view of public space, but also from a social point of view, where people want to contribute to their environment and, therefore, aspire to have a better future.”

This is also linked to something on which all the panelists commented: the democratic value of natural parks. In the case of Yellowstone Park in the U.S., for example, Greg said that it is a place that “belongs to everyone,” placing an emphasis on equality. And according to Martín, Parquemet’s mission is to be a place of social integration.

And, on the economic and social side, job creation is an important issue. For example, in the parks donated by Tompkins Conservation to the Chilean State, Kris remarked that more than 200 jobs have been created, and that many of them are in neighboring communities that have developed a good sense of attachment and care for the place.

Greg then discussed the role of tourism: “The national parks in the San Francisco Bay Area are among those most visited in America … This contributes a lot to the local economy since more than a billion dollars is collected from the visits to Golden Gate National Park.”

The benefits also go towards nature

An important concept when talking about natural parks is that they function as biological corridors. In other words, they are places for the conservation of biodiversity.

In the case of San Francisco, the parks are on the edge of the city. Using a map (which can be seen in the video), Greg shows an urban park that includes hectares of protected land and marine areas. “What we have is an incredible potential to connect the natural spaces with the places where people live. The important thing is that in this corridor we have restored forests, wetlands, and we have protected endangered or very rare plants … It is a way in which a deteriorated nature has been returned to good condition and generates biodiversity.”

On the other hand, as concerns Chile and city parks, the Metropolitan Park has also made progress in conservation. This place encompasses 737 hectares, it is the fourth largest urban park in the world, so one of its challenges is to conserve so that people understand the importance of protecting biodiversity and can see for themselves and learn to respect the flora and fauna. One of the current projects is the elaboration of a record of the species in the park to advance in the conservation measures.

Kris Tompkins commented that when preparing the conservation plans for the parks along the Patagonia Park Route, the basic question was: who is missing? So, species such as the South Andean deer or huemul, whose populations were threatened and fragmented, were found and rewilding plans were started, which are still being implemented.

As Kris explained, “The idea was to create protected areas, but we didn’t know who was there or who was missing. When we arrived in the Argentine and Chilean Patagonia, we saw that there were new answers to that question. In the case of the huemul, the population was small and fragile and our mission has been to help expand it by detecting and reducing the threats. We developed strategies to recover the huemul and we are working on recovering the nandu in Patagonia and other animals because the dynamics of the ecosystem must be respected due to their importance.”

In the Californian case, Greg commented that “parks belong to wild beings and humans.” He said that their rewilding was developed based on the consensus of the population and their collaboration in conservation. As a result, new species of birds have arrived, and endangered species have been protected and others reintroduced: “We must investigate species and we have worked with the impact of climate change, fires and droughts. The first job is to save these places. I would say that restoring nature is an initial premise that makes people come together and once they see the results, they are delighted.”

Conservation requires the involvement of people. Martín explains that we usually see the negative impact of humans, but there is also a positive side–the contribution to rewilding. For example, the same Metropolitan Park was, years ago, filled with quarries, but thanks to the work of some, it was reforested and has become Santiago’s “green lung,” as it is known today.

Chile and California: How close or distant are we?

When comparing Chile and California as trans-hemispheric twins, Kris Tompkins values ​​the work that has been done by the governments on both sides. Both are places that were among the pioneers in inaugurating national parks and that have made progress in conservation since then. But, says Kris, “Chile is not that far behind in terms of national parks. However, two things have happened in the United States but not in Chile: more Chileans need to know that these national parks exist, that they belong to everyone and that they are worth visiting, falling in love with and defending; and that transportation can, over time, help people visit these distant places.”

In regard to the central zone of Chile, Martín alluded to the similarities such as financing, volunteering, regulations, and business ties, saying that in general there is a change in the way people think and that society is more aware of conservation issues.

As to the involvement of the population, both Greg and Kris referred to the importance of the Park Friends Network, committed to the communities and the diversity of the parks.  It is a support structure for these natural places that helps assure their protection.

Everyone’s Commitment: The Role of Philanthropy

Philanthropy is selflessly helping another. It means understanding that we are part of everything and it does not revolve around us. And everyone has a role in this: citizens, organizations and companies, among others. This takes on special relevance in the conservation of nature because, as the panelists explained, it reaps multiple benefits for different areas. Greg commented that “philanthropy means contributing to a public good and there are many ways to do that.”

As Kris said: “Companies cannot be on the sidelines simply watching society go by and make a contribution only when there is a real disaster. The role cannot only belong to the government or government companies … We must move towards a map of goodness, dignity and health for all. I am referring to the intrinsic value of each life, which requires that all segments of society be proactive and philanthropical, that they become immersed, and that the engine that drives them to earn money is the same engine that is fueled by goodness. Positive lives for all living things.”

So, people, organizations and governments can get involved. Urban and national parks and other protected areas are becoming increasingly essential for children and adults.  They are spaces for education, connection, enjoyment and relaxation that reap multiple benefits for us.  Everyone is part of this ecosystem. As Greg mentions, “If we believe in restoring national and urban parks, we have to connect them with people because they share the same DNA.” 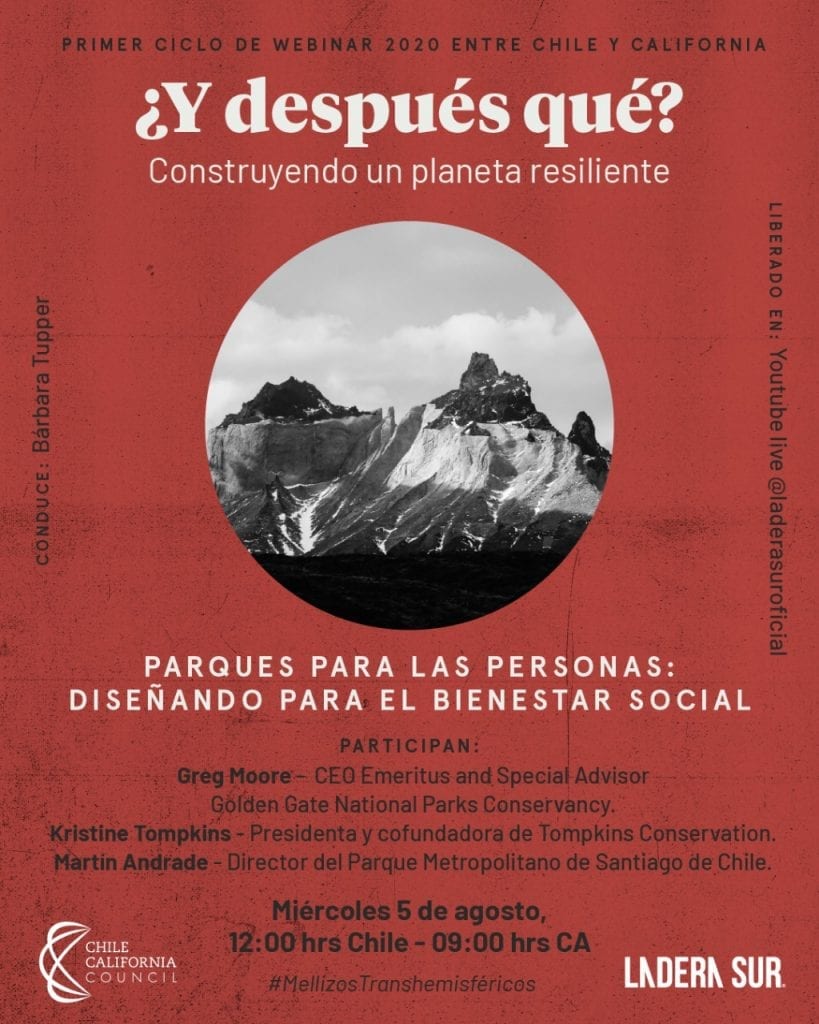 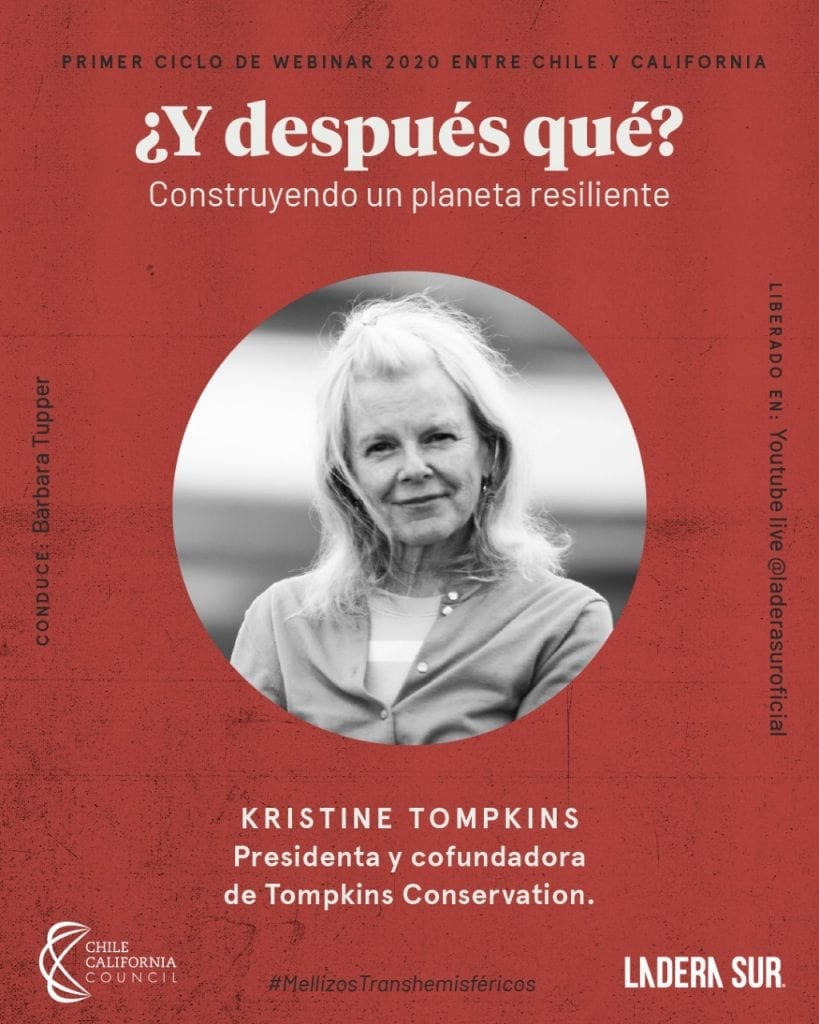 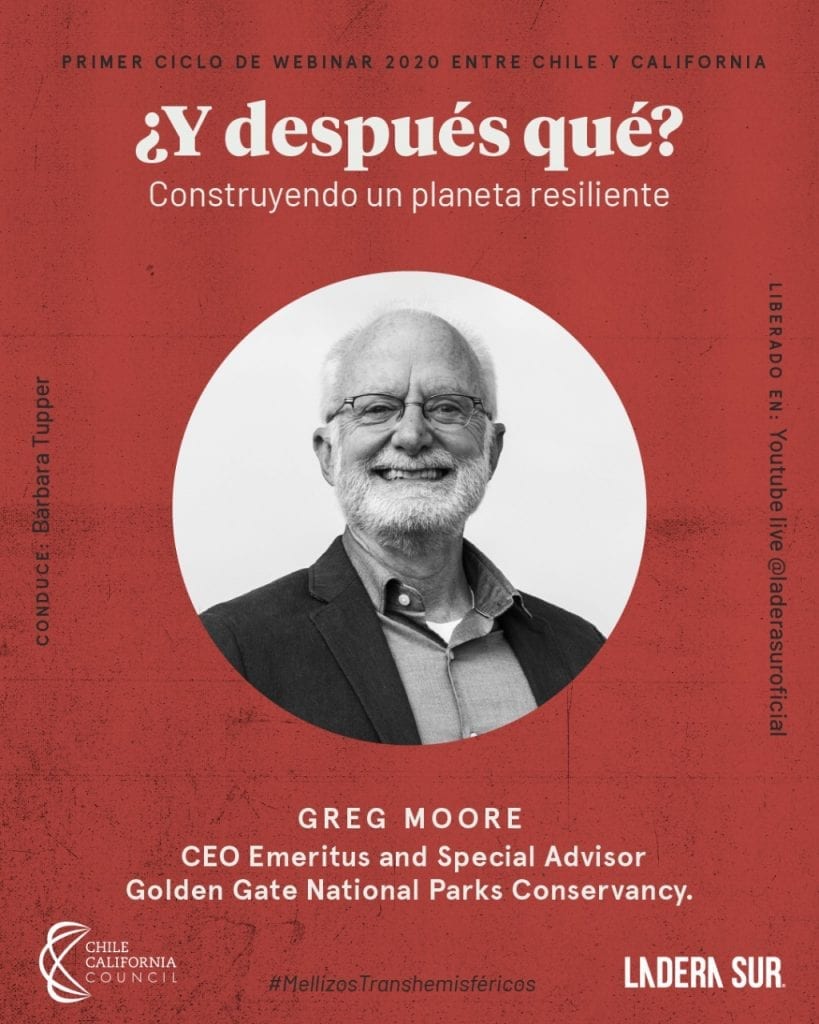 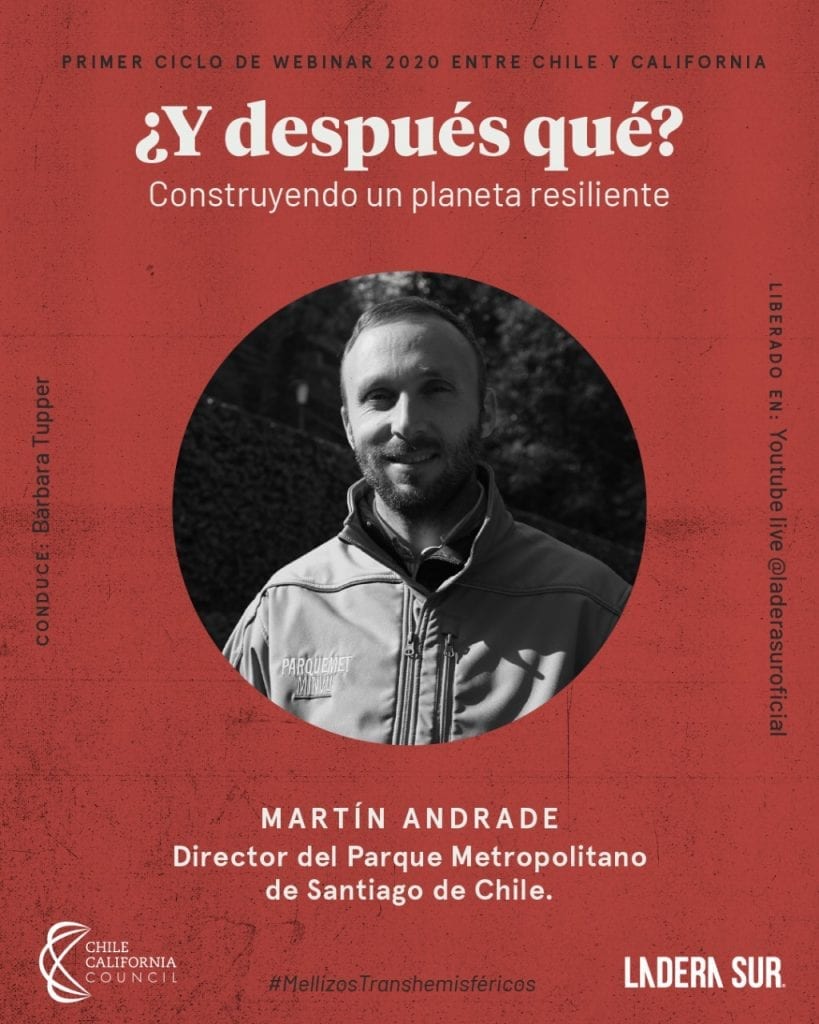