The fifth discussion of the webinar cycle “And then what? Building a resilient planet,” organized by Chile California Council and Ladera Sur, was filled with important reflections and ideas on how to face the challenges of the future of agriculture and with it, food security.  Renowned panelists explained their perspectives on the future of sustainable and ecological food production. They talked about the importance of soil regeneration and the need to give more value to farm workers and small farmers, to reducing the dependence on other countries for basic food items, especially in a context of climate change and latent lack of food resilience. How can we build resilient and sustainable agriculture on a small and large scale? We invite you to see the video and written summary of this activity. Do not miss it!

On Wednesday, September 2nd, the fifth discussion was held in the webinar “And then what? Building a resilient planet,” organized by Chile California Council and Ladera Sur. On this occasion, the topic was “Agriculture of the Future: Sustainable Farming,” during which different experts discussed the impacts of agriculture and the solutions to produce food in the future sustainably and ecologically.

Achieving widespread organic farming is one of the main challenges for the coming years in our country and around the world. In this discussion, experts Mary Anne Muller, from the Pirque Agroecological School and Founder and Executive Director of Fundación Orígen (Origen Foundation); Miguel A. Altieri, Emeritus Professor at the University of California, Berkeley, Co-Director of the Latin American Center for Agroecological Research; and Cristian Sjögren, Co-Founder and CEO of Agrourbana and Councilor and Vice-President of the Board of the Chile California Council, reflected on such relevant issues as soil care, urban agriculture, education, local agriculture and the regulation needed for the population’s food security in the context of the different crises require urgent progress in these issues.

The agriculture of tomorrow in community

The call to rethink agriculture and turn it into a sustainable practice was the common message of all the guests. Both Chile and California are territories threatened by desertification and soil degradation, so they have had to innovate and develop technologies to face the challenges and maintain their production standards. The problem now is how to make this sustainable over time without causing irreversible damage to the environment.

Mary Anne Müller, who works with organic farming, proposed a paradigm to protect biodiversity and empower local communities. “All of us can produce food,” Müller noted, highlighting the multiple benefits these more sustainable practices offer that promote physical and mental health and foster what she calls social restoration. In other words, a process in which people meet and work collaboratively in orchards and on fruit plantations. Müller proposes these alternatives to dependence on other countries for basic foods like legumes, which generates more pollution and does not guarantee food safety. She added: “Relying on other countries to feed our population makes us absolutely vulnerable.”

According to Müller, “Family and urban agriculture has to be a country priority in terms of programs and investment.” Miguel Altieri shared this vision, pointing out that global food systems are not working and that we will have to move to local production systems. Within this framework, small farmers play a key role that should be supported by government institutions to enhance interactions between small farmers and consumers. “If we support small farmers, we support life projects by creating agroecological territories that establish food resilience and local sustainability,” Altieri said.

Cristián Sjögren also highlighted the potential of small farming technologies to bring farming to cities and closer to people in order to strengthen interactions between producers and consumers and a fair economy. “It is not only creating sources of work, but a whole sense of community that generates the connection with this food because you know where it comes from, you know how pests are managed. It builds trust and makes consumers see where the value is and not just the price.”

Bringing agroecological technologies to everyone

Other challenges arising from the transition from industrial agriculture to sustainable agriculture is how to make agroecological innovations and technologies accessible, such as vertical farming developed by Cristian Sjögren, which has less of an environmental impact without reducing productivity. Cristián highlights the importance of small farmers associating to be able to finance certain innovations together.  According to Sjögren, “agriculture is the sector with the least degree of digitization. There is a tremendous opportunity to improve things by using technologies. Crops will be more sustainable, and resources will be used more efficiently.”  He emphasized the urgency of this since agriculture today represents around 70% of freshwater consumption. In his view, vertical crops may be an answer since fewer resources are used to produce vegetables, for example.

There are many problems associated with the abuse of pesticides, the misuse of water and soil degradation, both in terms of health and food security in the surrounding communities.  Agroecological practices offer many experiences and solutions, especially for small-scale farming. There are low-cost technologies that require local inputs, in a context of the pandemic and high unemployment. This is what Altieri refers to, who proposed small-scale farming as a tool to revitalize the economy and reverse much of the damage caused by industrial agriculture, especially in the most impoverished sectors of the population: “Agriculture is based on local resources that have access to cutting-edge technology, but those resources are not accessible to the poor.  What we need is farming that can be done by all.”  He adds an example that offers simpler solutions to these problems: “We can increase the water storage capacity in the soil by 12 liters for each percent of organic matter that we add.”

Müller, in the same vein, emphasized the importance of creating small farmer networks and promoting generosity. “This is a wonderful job that does not necessarily need technology: take care of seeds, exchange them, restore them and share knowledge,” she added, saying also that “there has to be an awareness on the part of those who make decisions. It has to be a country priority.”

Urban farming has been increasing in recent years. Many young people today, who constitute a large workforce, are venturing into the creation of urban gardens to feed themselves. Altieri sees this as a solution to the great challenge of feeding the 87.2% of the world population that lives in cities. In his words, “In a city of 10 million inhabitants, 6 thousand tons per day of food has to travel 1,000 kilometers to get to a table.  That is totally unsustainable. The vulnerability of our globalized system has been revealed by the Covid-19 crisis.”

According to Sjögren, “These new generations that have had to take charge of the disaster that the planet is experiencing, are living the tail end of climate change firsthand.  For all we talk about wanting a better world and being aware, consumers will be the ones to begin to dictate what it is that they want in the products they eat … All this agriculture, whether urban, rural, or large-scale, has to handle environmental challenges.”

One of the problems that still has no solution is food waste. It is estimated that almost a third of the food produced each year ends up in the garbage. For both Sjörgren and Altieri, local production systems are the most effective in reducing gaps in food distribution and thus in generating less waste. According to this University of California professor, “when local food systems are created, waste is reduced.”

Do you want to see the entire discussion?

Check it out below! 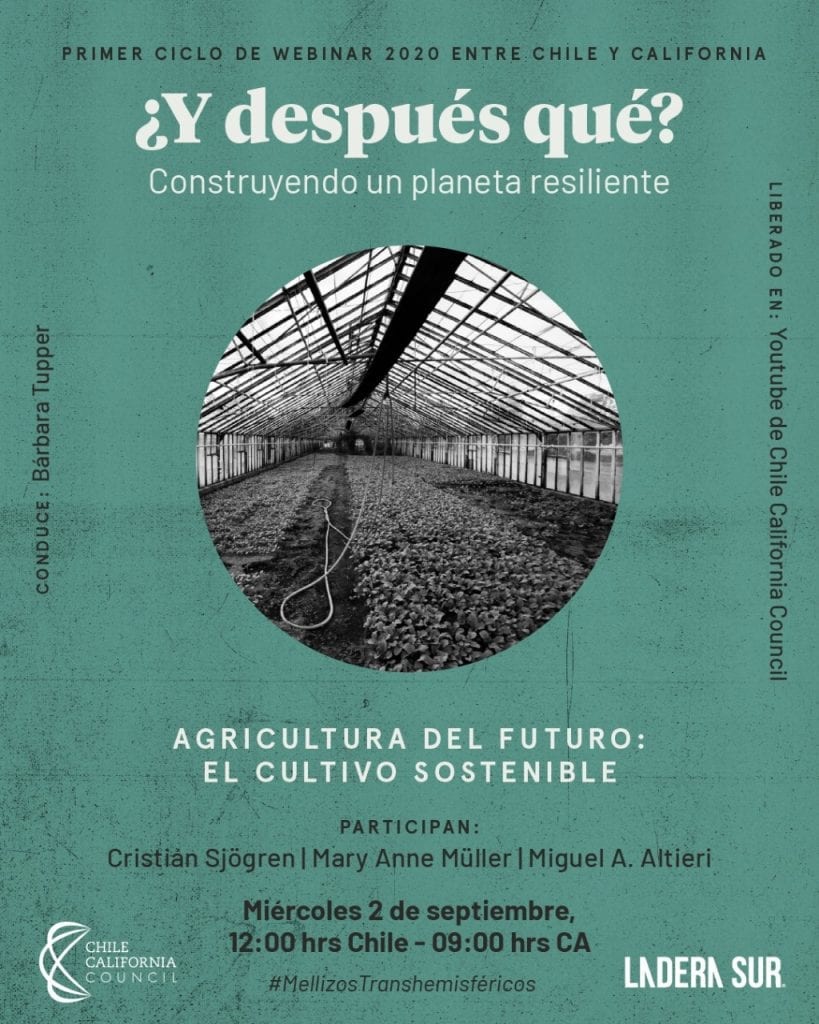 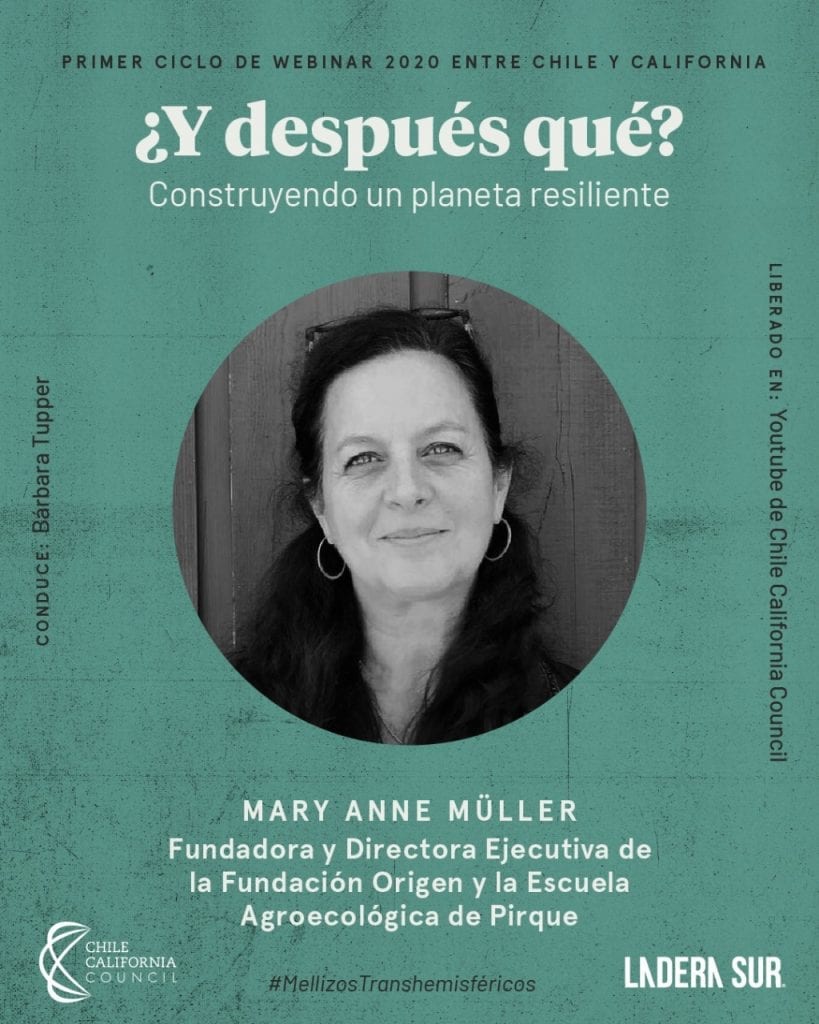 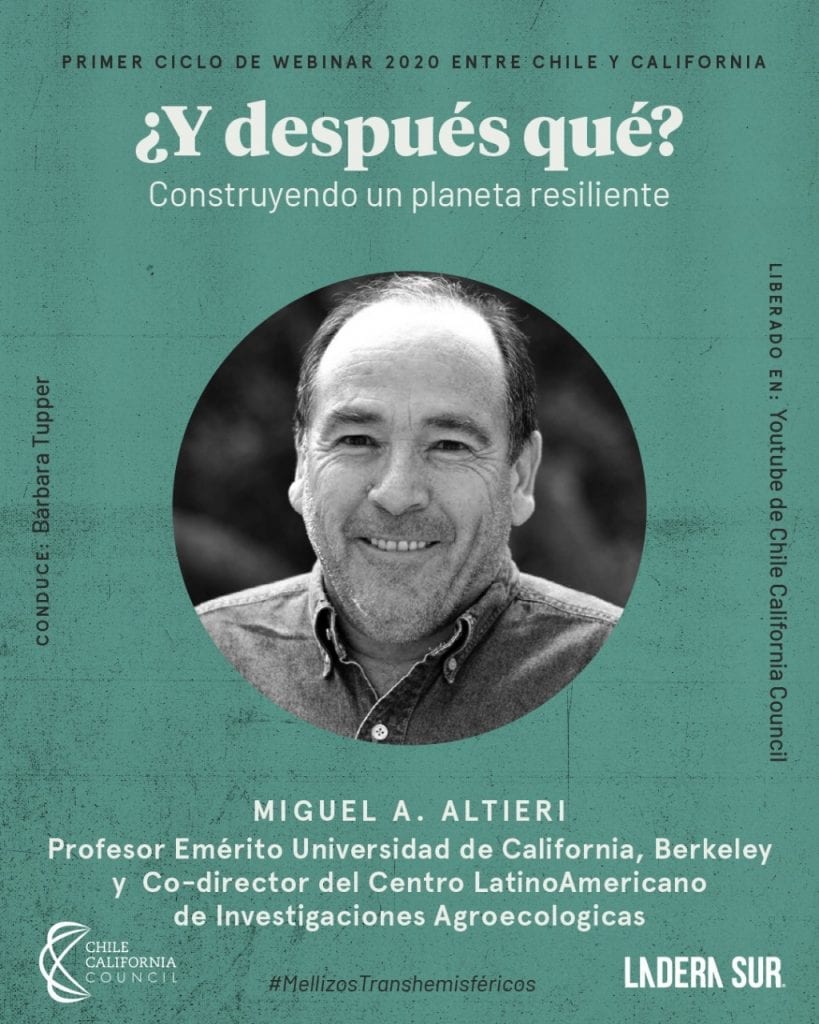 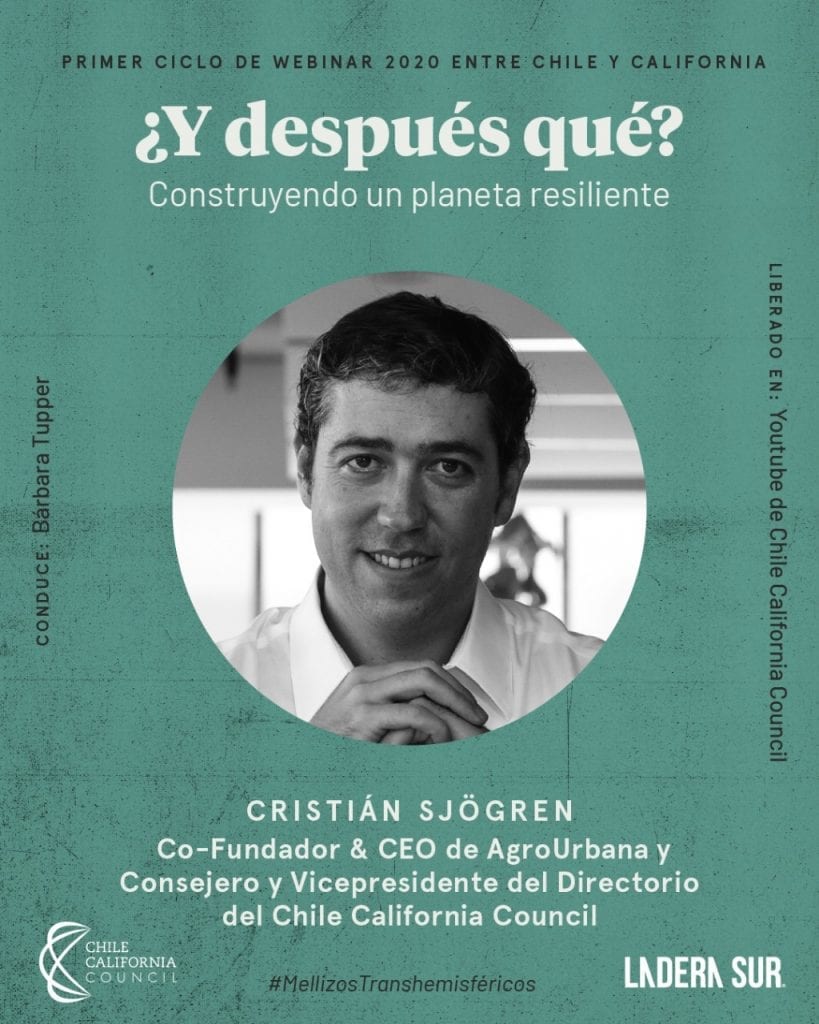