The Training Workshop for Forest Fire Crisis Communication in Chile is part of the reciprocal cooperation between the National Forest Corporation (CONAF) and the specialized U.S. forest fire services, namely CalOES and CalFire.

This training activity was originally scheduled for 2018. However, the American experts were unable to travel as a result of the fires that affected California during October 2018. The training had to be suspended and was rescheduled to 2019.

The 2019 workshop coincided with the ceremony to present the National Plan for the Prevention and Control of Forest Fires for the 2019-2020 season, led by the President of the Republic, Sebastián Piñera. Representatives from CalOES and Cal Fire attended the event held at the El Bosque Base of the Chilean Air Force (FACH), who had the opportunity to speak with the Chilean President about forest fires.

During the inauguration of the workshop, both the executive director of CONAF as well as the representatives of the Chilean Foreign Ministry, the United States Embassy and ONEMI (Chile’s National Emergency Service) highlighted the importance of communications as a tool for education in emergencies and for fire prevention in a scenario where everything happens quickly because of social networks. In addition, the authorities placed emphasis on timely, validated information to counteract the “fake news” so common today that disorients and misinforms the population.

· All information must contain three elements identified as “CCO”: compassion (understood as empathy), conviction and optimism.

· All written, verbal or audiovisual information must empathize with the victims, convey a credible content and always end with a message of confidence to the population about what is being done to control a forest fire.

· Organizations must have Public Information Officers (PIOs) to fulfill the important role of working with the information intended for the community. The function of these communication managers is to define the content, the moment, the place, the medium and the spokesperson. These PIOs are in permanent and close contact with the political, executive and technical authorities of the organization to obtain the background.

· All the spokespeople complement each other with their experiences

· During a crisis, the information should be brief and contain no more than three ideas. At press points for emergency issues, spokespersons must deliver the information in a maximum of 3 to 5 minutes.

· During the crisis, the information must be clear, not too technical and easy to understand because according to studies presented by the foreign delegation, in times of stress, understanding is reduced to 80%.

· “Accept failure.” Something will always go wrong in an emergency. The team cannot stop; it must always continue forward. Find opportunities to explain failure and put critical situations in context.

· Prepare the messages as if directed to 9 to 10 years old public (4th grade) so that the content can be quickly digested by everyone.

· People need to feel that they are not alone in an emergency It is essential for the spokesperson to emphasize this. People who are suffering want to feel supported, that there is a real interest in them as humans, before receiving the information about the fire.

· Insist that people are not alone, that all teams are contributing (CONAF, ONEMI, Fire, Police, etc.) and are united in facing the crisis. 1 team = 1 fight.

· Spokespeople must always respond with confirmed information.  Be honest, and if the information is not available, say: “I do not have that information at this time, but I will request it and disclose it shortly.”

· Create networks with journalists from the different media so that they will cooperate as requested during a fire.

· Guide the press by proposing attractive notes that educate citizens about forest fires and how they are fought.

· Prepare audiovisual materials for social networks and to support the media.

· Use graphics, fire maps, infographics and images since these elements increase the recall of the message by 50%. A complex graph or photograph or one overloaded with data has the opposite effect.

· An image is a powerful tool to spread a concept to the public. It quickly settles into people’s minds.

· Messages must be repetitive. It is possible to say the same thing in many ways.

· Do not respond to everything that appears on social networks and publish constantly on Twitter, Facebook, Instagram and others what is confirmed so that the audience knows that there is a reliable source of information. 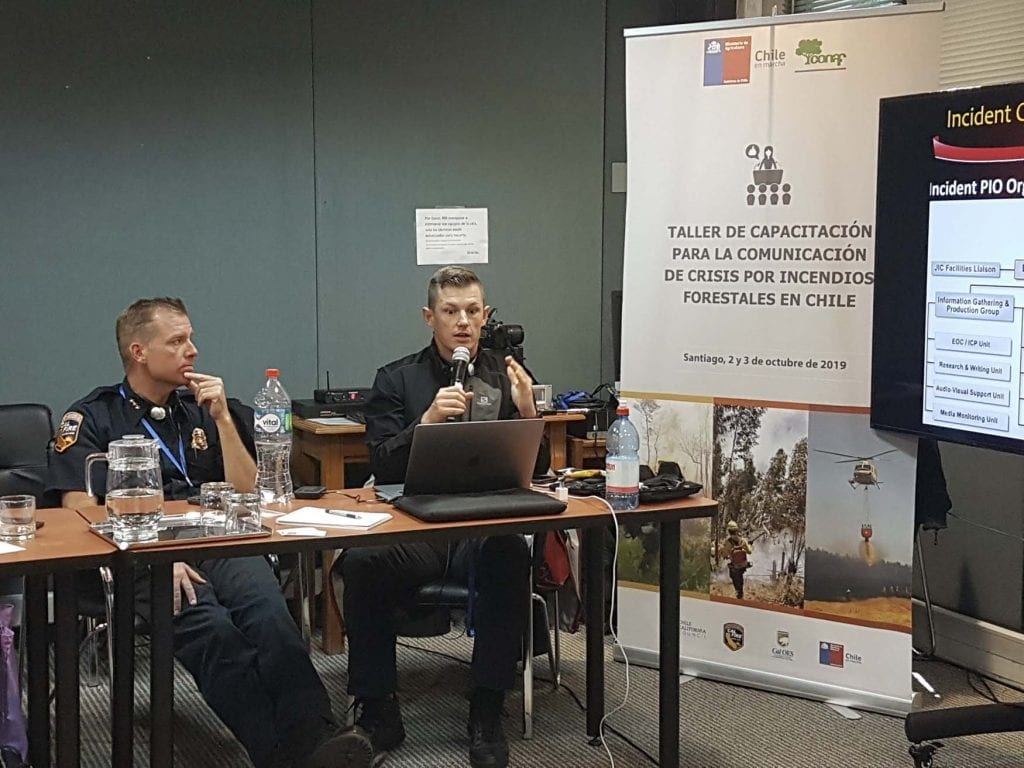 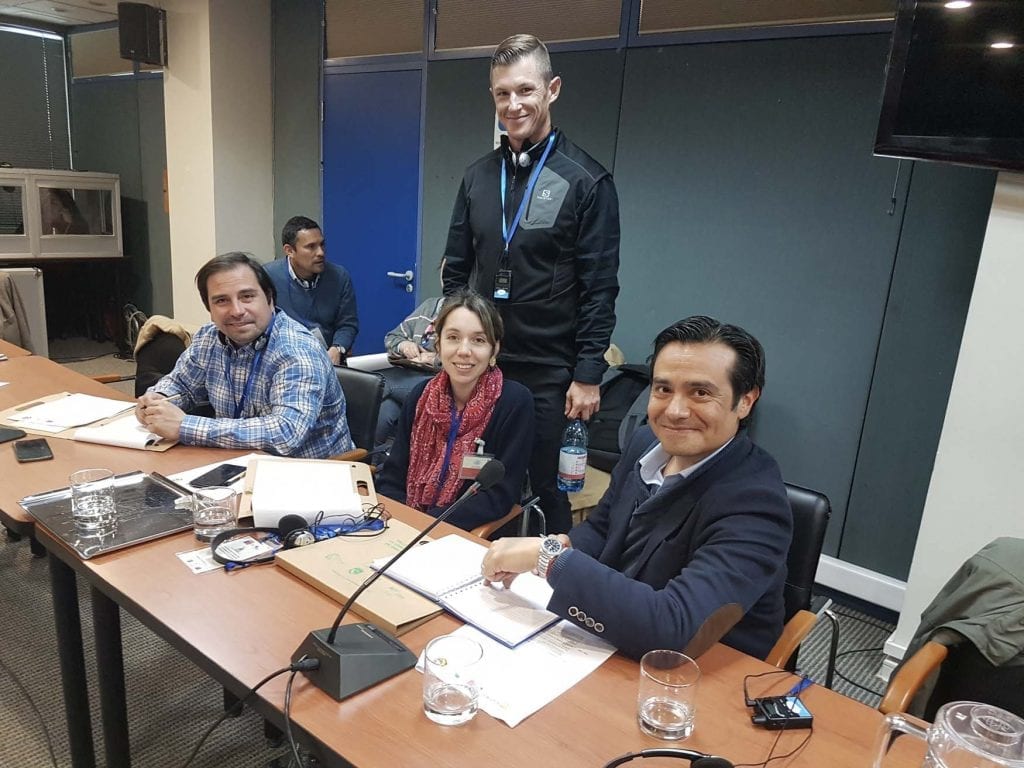 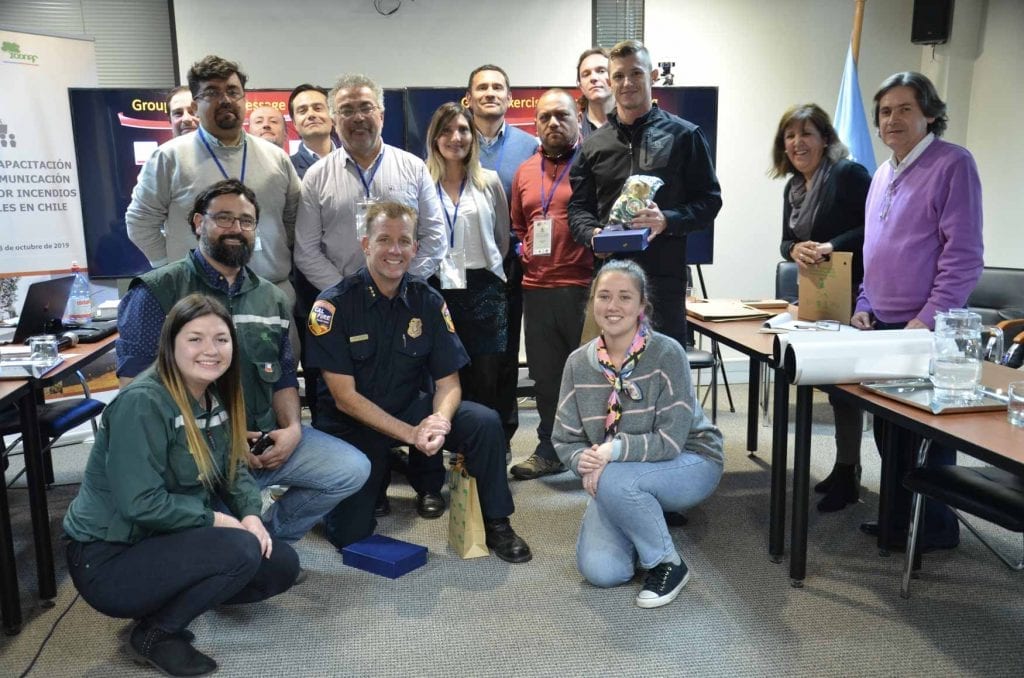 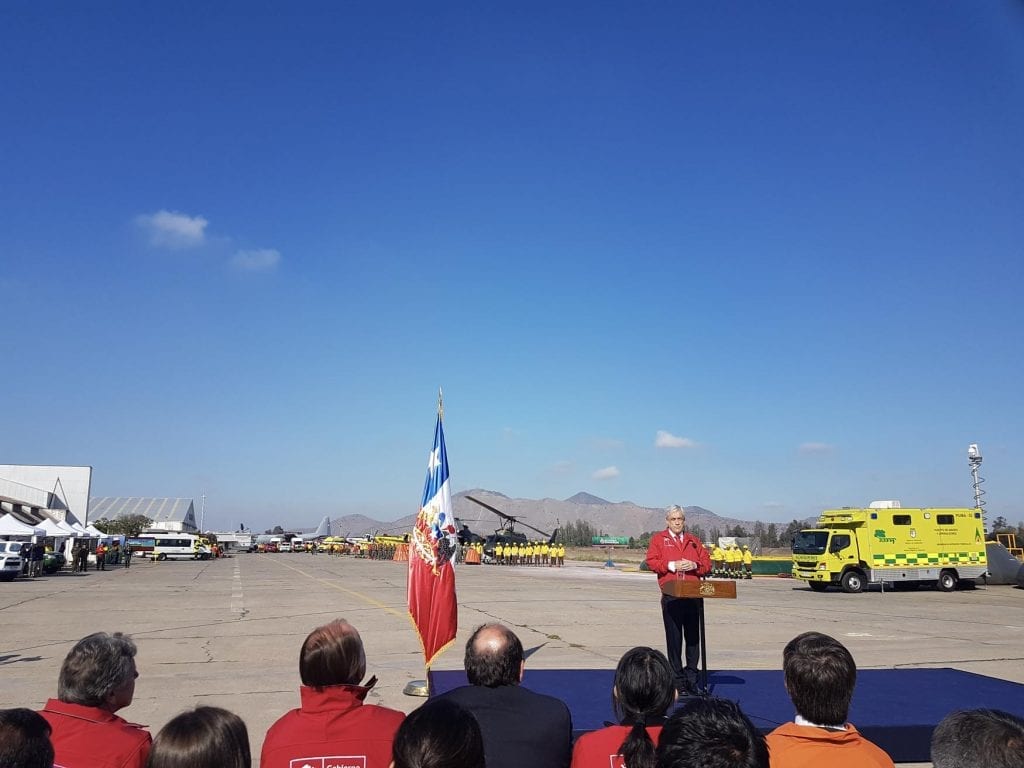 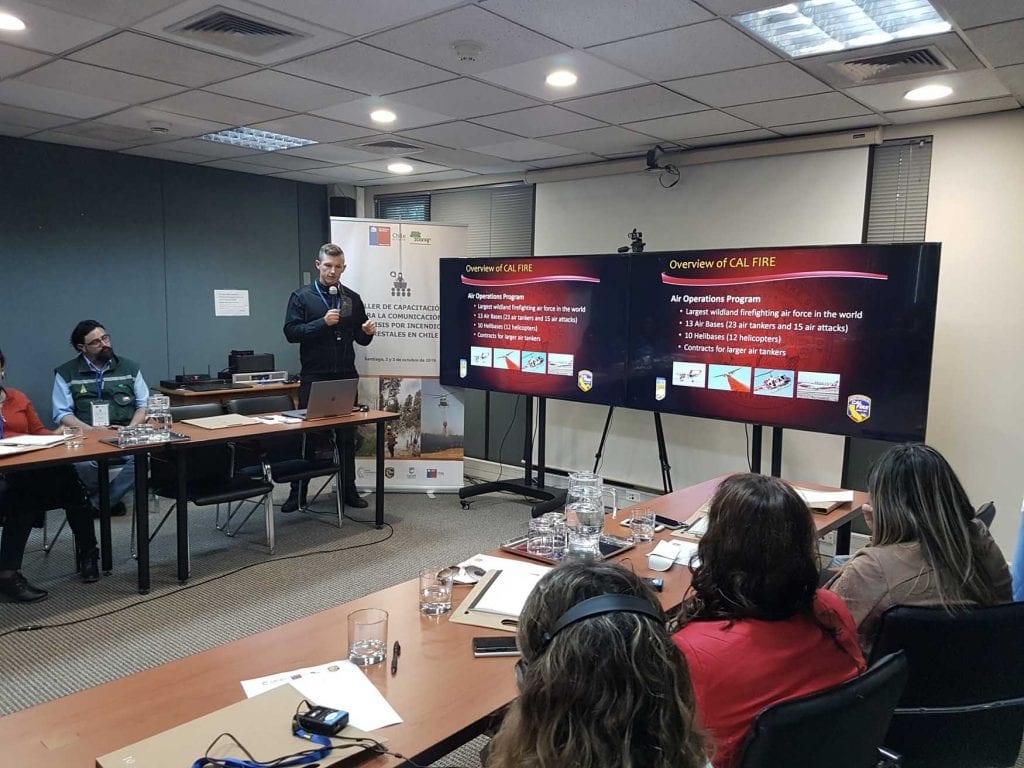 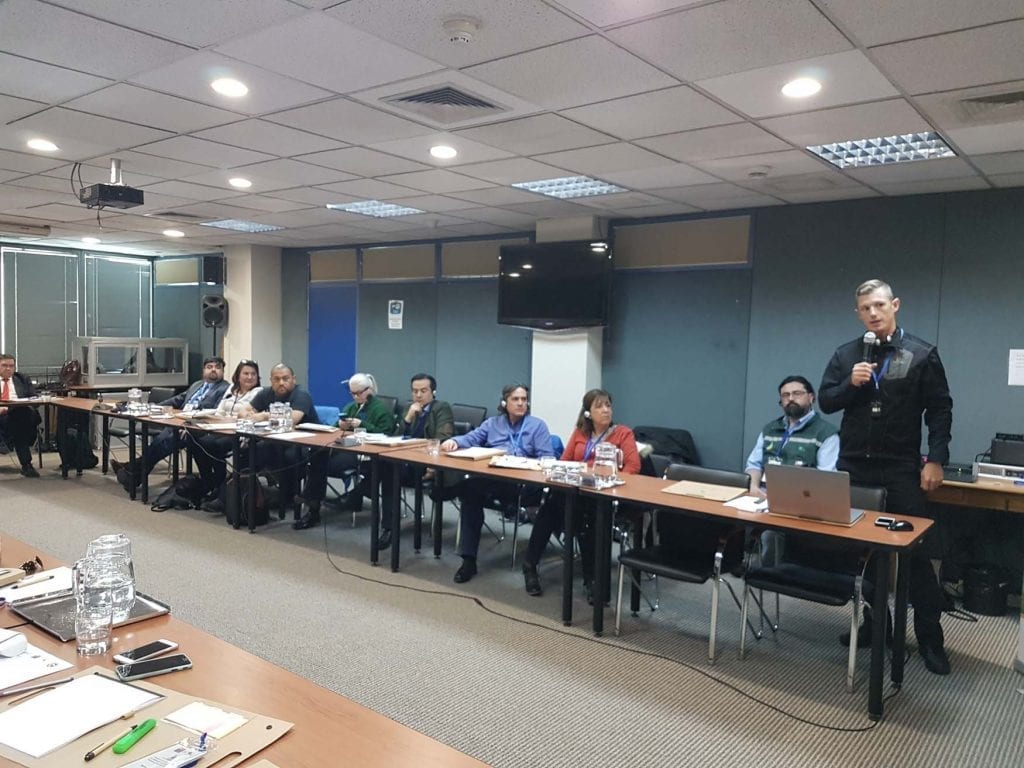 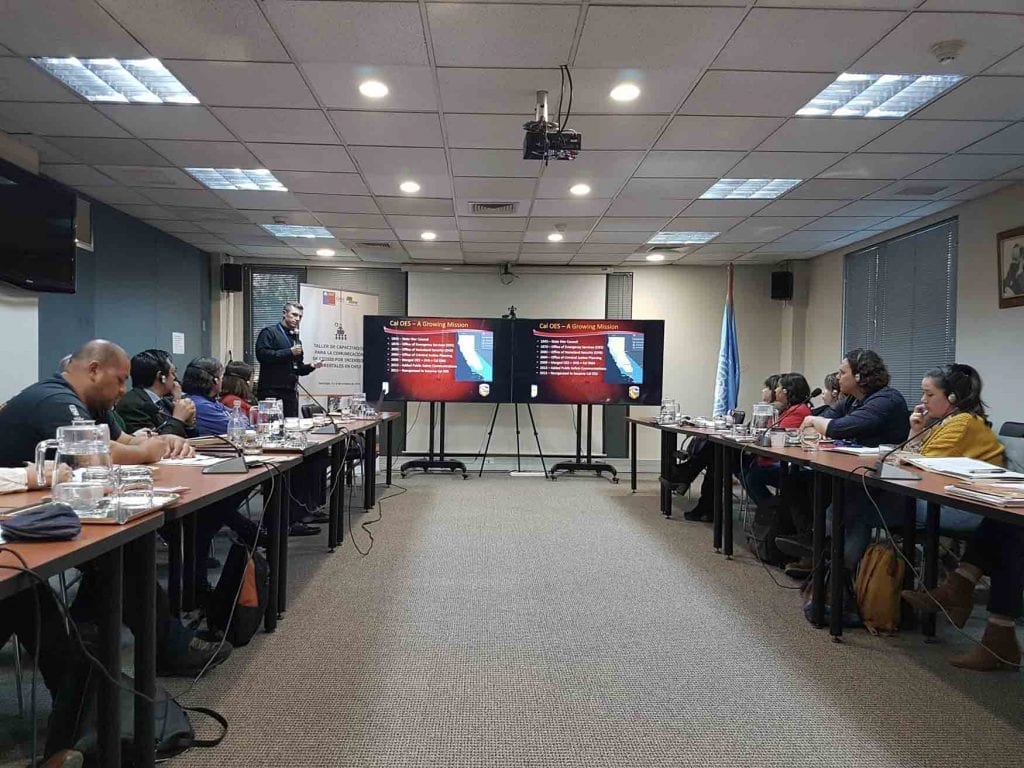 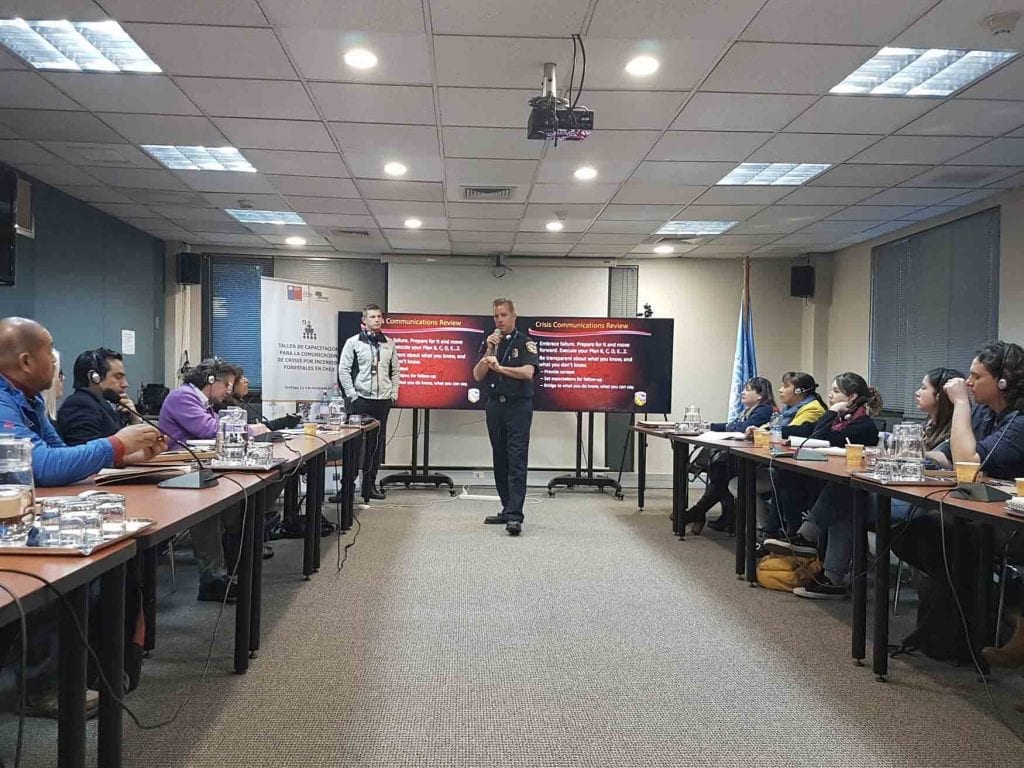 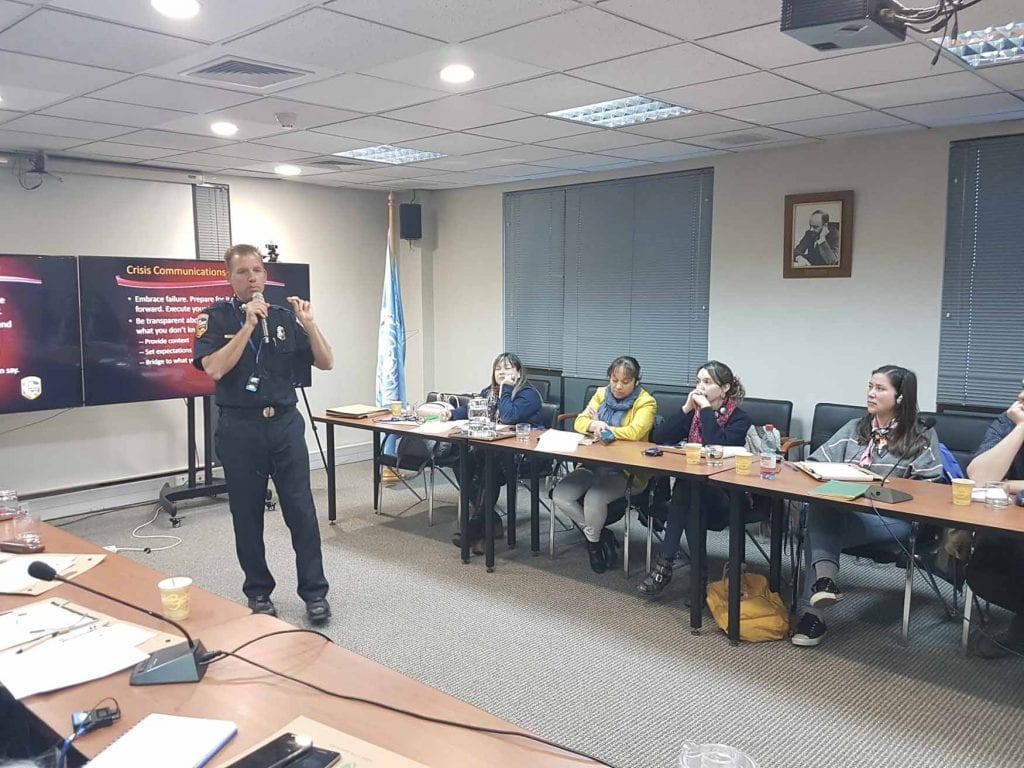 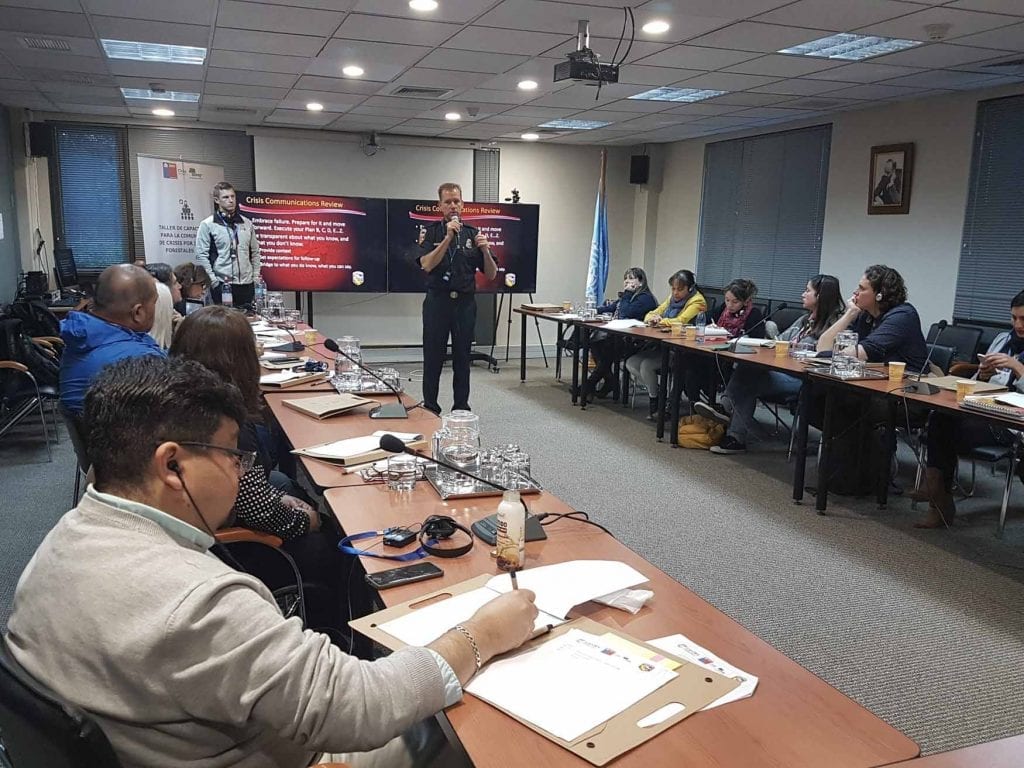 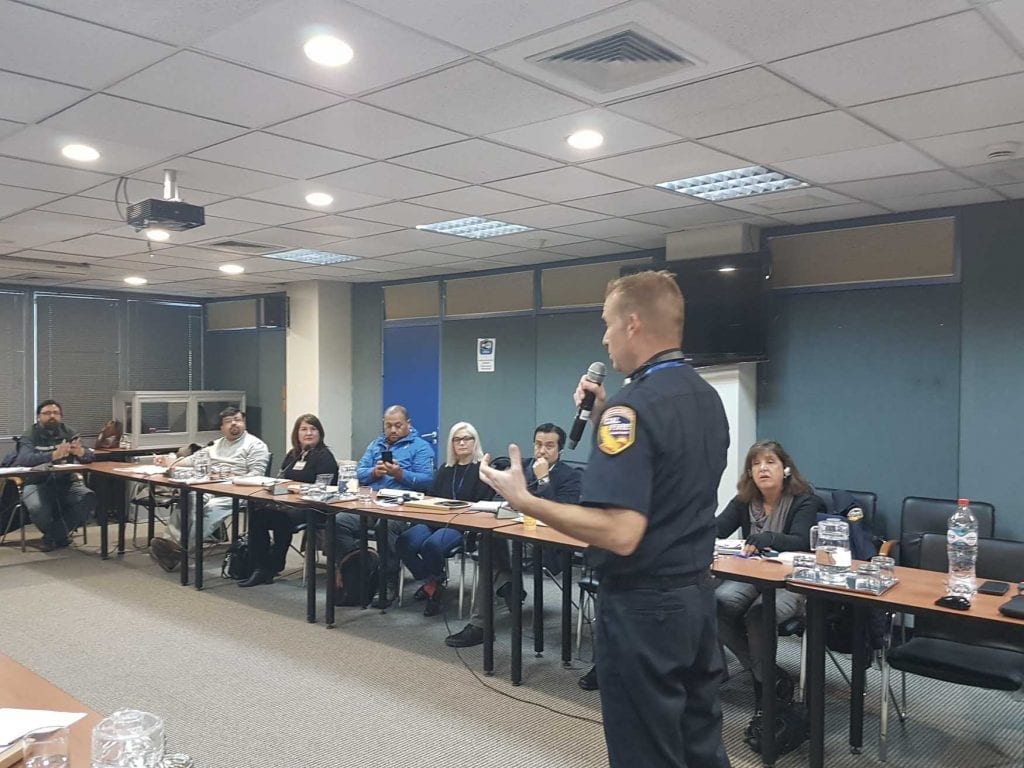 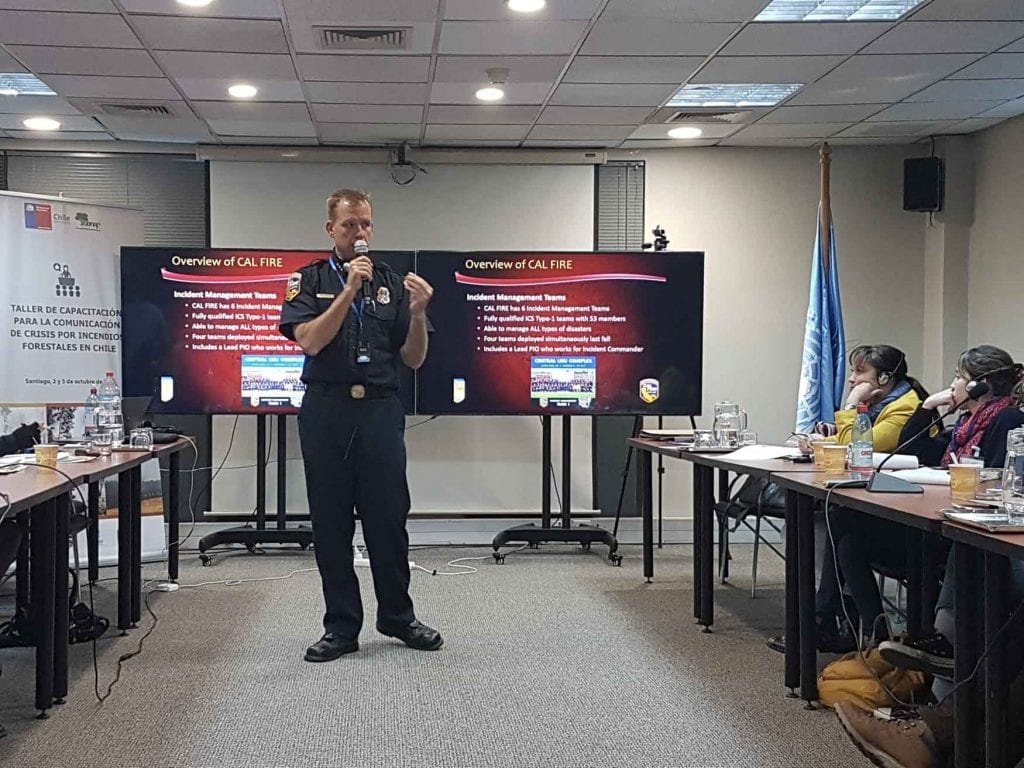 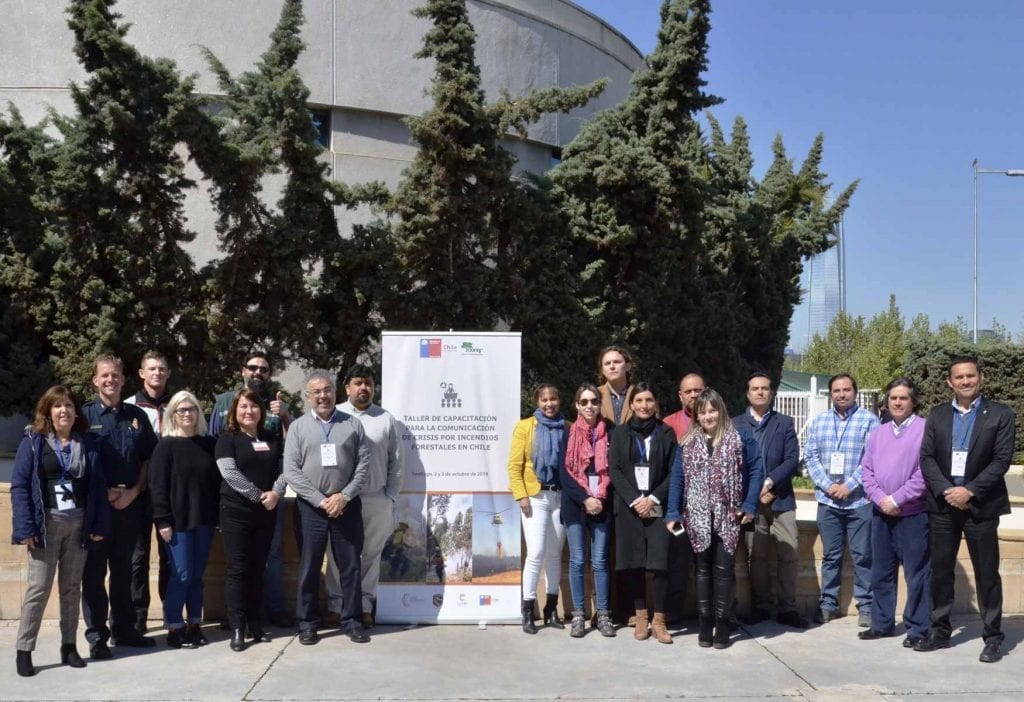 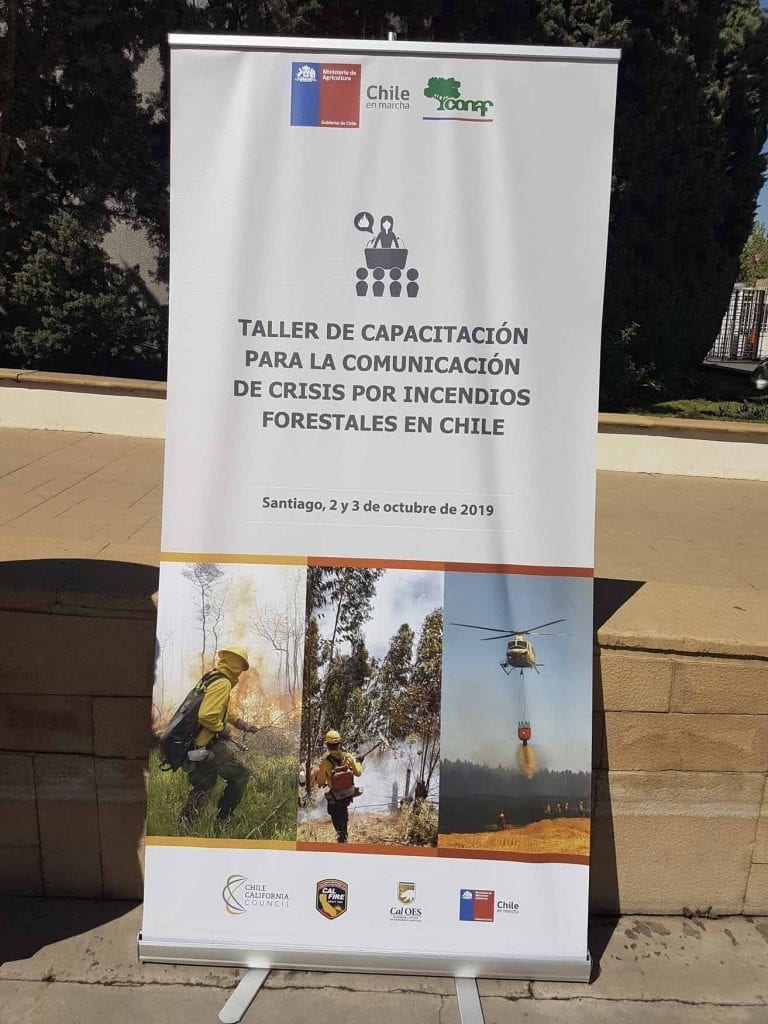