The last 10 years Chile has witnessed one of the greatest droughts in its history, with a peak impact in the central area of ​​the nation, where rainfall averages between 20% and 45% below the historic figures. Faced with this scenario, Ladera Sur and the Chile California Council proposed addressing possible solutions to this problem in the discussion entitled “Basin management: nature-based solutions in a context of water scarcity,” where stories and lessons learned from public policies and drought management in California were shared, which could be very useful in the drought scenario now faced by Chile. You missed it? It is not too late! Below is a note on some of the most interesting moments, along with a summary video at the end that synthesizes some of the main reflections.

Last Wednesday, May 20th, was the premiere of the webinar series “And then what? Building a resilient planet,” where the first discussion was on “Basin management: nature-based solutions in a context of water scarcity,” moderated by Barbara Tupper, a journalist, and attended by three experts in the environmental reality of California and Chile.

At the webinar, the panelists made a comparison of the major water issues that Chile is currently experiencing, based precisely on the legislation, infrastructure and water management of California.  These three areas have incorporated nature-based solutions and made them the driver of the State Natural Resources Agency. The comparison is due to the fact that California is a trans-hemispheric twin of Chile. They share the same geographic characteristics: a long mountain range that drains into narrow, fertile valleys that end in the Pacific Ocean. Like Chile, California has experienced several droughts from which valuable lessons have been learned.

The California drought and the importance of green solutions

In March 2019, California authorities officially announced the end of a drought that had ravaged the state for 7 years, enough time for the green landscape of large metropolises like San Francisco to completely change. According to Tomás Mckay, a Chilean architect and landscaper, “One example is that watered grass no longer exists, or it is exceedingly difficult to see.  There are even some cities where watering is prohibited. In addition, building parking spaces is no longer allowed unless the owner takes charge of their own water through a biofilter or some water filtration system.”  Mr. Mckay currently teaches at the College of Environmental Design of the University of California at Berkeley, and he is a Board Member of the Chile California Council.

However, the end of the drought in California brought new problems: The State began to experience a period of heavy rainfall. Mckay added: “The rainfall meant that we went from drought to abundant water. Then, cities like Berkeley and San Francisco began to encourage the installation of green infrastructure to avoid any issues in the future caused by flooding.” This brought the idea of green infrastructure to the fore. But what does this idea, uncommon in Chile, mean? According to Mr. Mckay, it is an architectural and infrastructural approach to water management that protects, restores or imitates the natural cycle of water in an undisturbed basin.

“For example, urban developments in some parts of San Francisco that are larger than 4,000 m2 have to manage their gray water. There are also incentives for there to be more roof gardens and more cisterns,” he added.

The aim would also be to find a solution to the major problems presented by the “gray infrastructure.” According to the U.S. Association of Industrial Engineers, gray infrastructure has deteriorated due to a lack of maintenance, and that deterioration would translate into losses for 4,000 million dollars between 2017 and 2025.

“One could say that the 20th century was the gray infrastructure century. At least that is the image that those of us who were born in the last century have of the United States: its great power because of its roads, ports, or cities like New York.  But what has happened is that this country did not take into account the necessary, and extremely high cost, maintenance of this gray infrastructure. Much of this infrastructure is turning 100 years old, and it is beginning to show signs of deterioration that make its maintenance exceedingly difficult, so in the end, it is being replaced by green infrastructure,” he concluded.

A new look at natural resources: the “rights of nature” and the role of science and citizen participation

The issue of water scarcity was also dealt with from a legal point of view. Lawyer Lorena Zenteno, who has worked since 2018 in the area of ​​environmental law at the University of California Davis Law School, explained that one of the characteristics that makes California a benchmark in environmental matters is that it always regulates. It has regulated more profoundly than other parts of the United States, and therefore now has greater environmental protection. California has adopted some legal concepts that do not yet exist in Chile, such as the “rights of nature,” that would have played a fundamental role in water preservation.

According to Zenteno, a right of nature: “means that it is legally recognized, by means of a legal fiction, that, for example, a river has the legal capacity to demand protection, either through state legislation or through the community, through those who care about that river, and to exercise that right to sue the political authorities for measures that are intended to protect it.”

Zenteno also said that in the U.S., these legal remedies are used by civil society that has taken legal actions, some of which have been successful.

She added that “So, what is legally done is to conceive that natural resources are no longer an economic unit of exploitation and can be understood to be part of an ecosystem in which we all participate; that there is a balance and we all have to learn to coexist with it.”

However, California not only stands out for its legal environmental evolution but also for the political decisions that have been made regarding water resources. In Zenteno’s words: “Science plays a relevant role in water decision-making in California. Scientists are members of government boards or bureaus that make decisions on administrative matters, but I am not saying that they only cite these scientists or make them present reports.  Those reports are used to make political or administrative decisions.”

Another aspect lacking in Chile as compared to California is great citizen participation that is even encouraged on a federal level. In fact, on the Water Board, the Californian agency in charge of managing political decisions involving water, one of the three people who run it is a representative of civil society.

Zenteno added: “And when I speak of citizen participation, I am not talking about allowing protesters to take to the streets.  Instead, there is state funding so that these civic organizations can provide training, hire lawyers to file lawsuits seeking protection of their environmental interests and, in many cases, representatives from these organizations are members of the councils that make environmental agreements, so that their voice is heard and they are given a fundamental role.”

The third speaker, Sebastián Vicuña, who is currently the Director of the PUC Center for Global Change and a professor at the School of Engineering, said: “I also believe that one great deficiency we have is how we involve the communities in discussing water issues. The logic of participation in Chile has been especially focused on those who hold the rights, and they form a club, an organization of users who organize and manage how water is distributed.”  He added that, like in Chile, water in California is treated as an economic good, but that unlike Chile, it is conceived as and understood to have community value.

He asserted that “Water is traded in California and there is also a water rights market, but there are additional principles that regulate that market that I think we do not have in Chile. There is, for example, the doctrine of ‘use it or lose it’ or ‘if you don’t use it, you lose it’ because they understand that it is a private right but that it is also for the greater public good, so you have to be responsible in the use of that right. It is a doctrine that we do not have in Chile.”

As to other measures that can help combat water scarcity, Mr. Vicuña stressed the evolution of California.  It had based its water management on large reservoirs and dams, but had not paid much attention to the aquifers, which are natural underground structures that store water.

He concluded that “Until recently, when there was a particularly important drought, there was indeed progress in a management policy for these aquifers, where replenishing them at times when water is very abundant became a particularly important element. And to be able to replenish those aquifers, I have to rely on the capabilities that nature gives me. I have to encourage this infiltration to occur, and I have to build an entire institutional and legal apparatus for this measure to be effective. That is an extremely important lesson and a practice that we should implement here in Chile.” 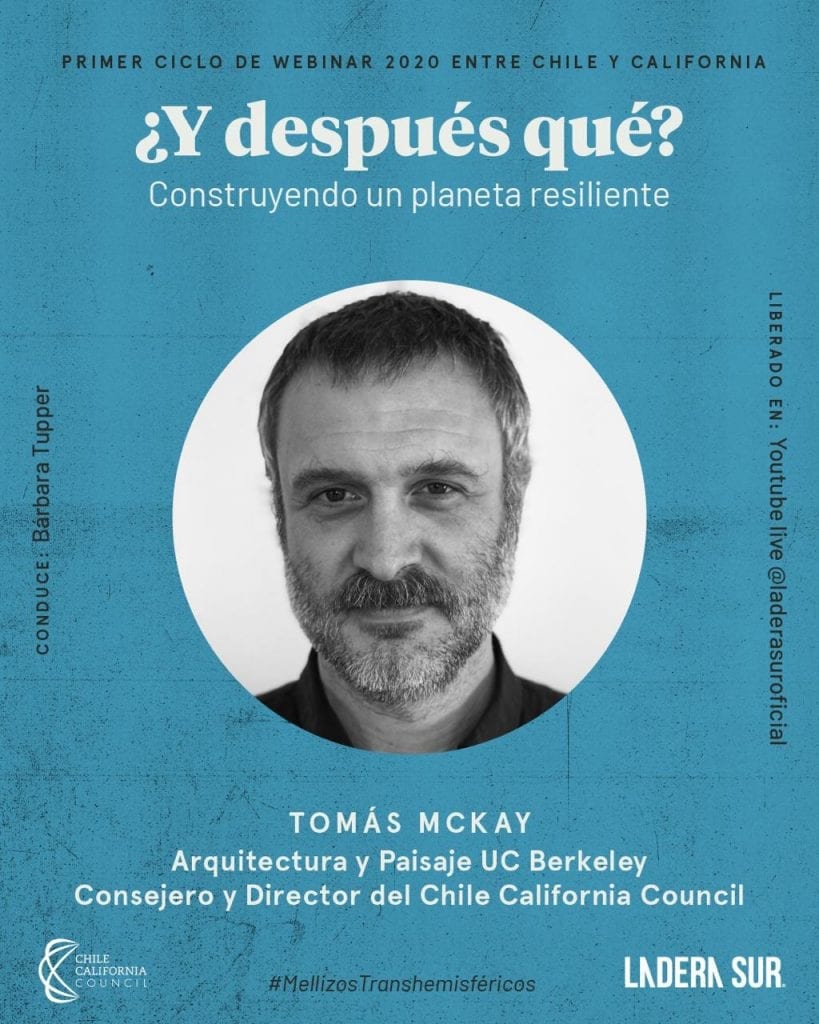 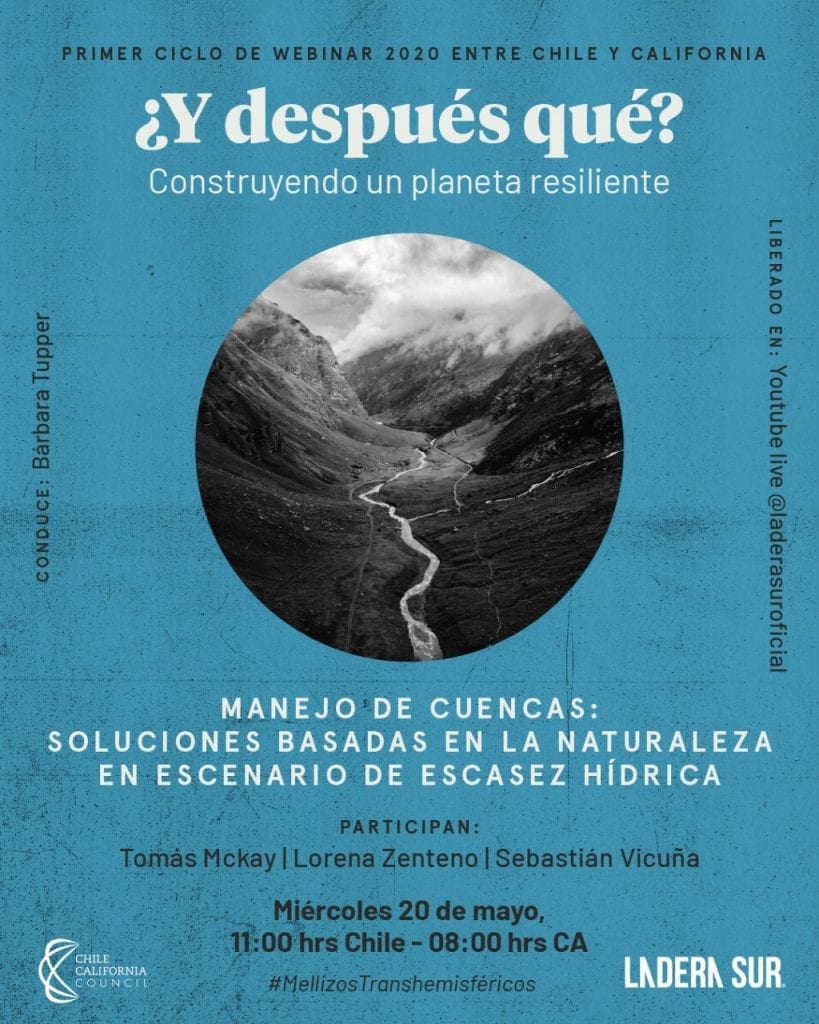 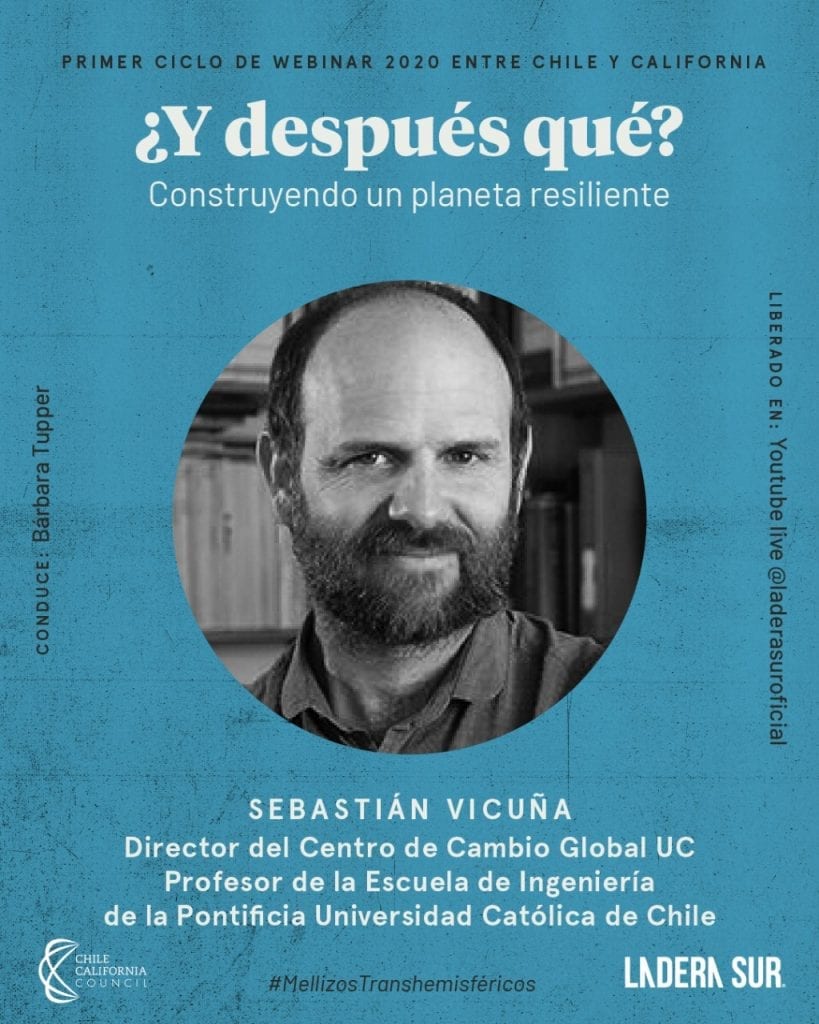 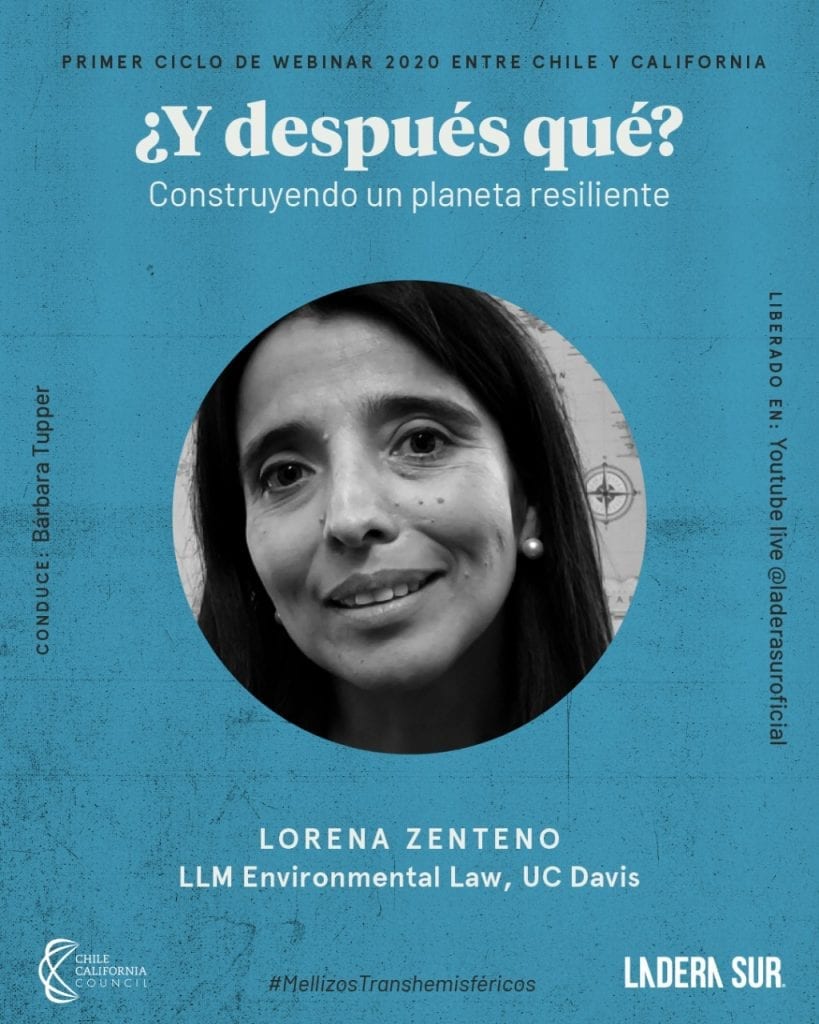